Directed by
Genre
Beautiful contemplation on the bittersweet years of adolescence 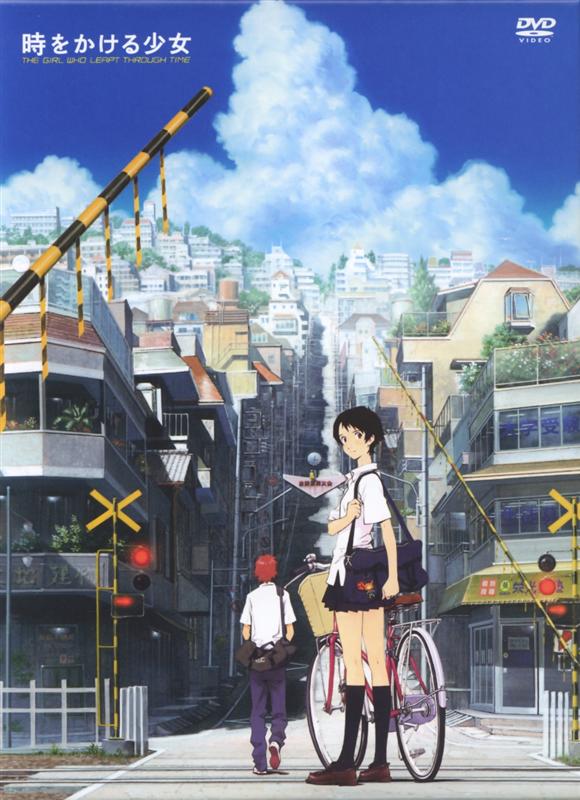 Makoto normally thinks of herself as a lucky girl, but one day in July everything seems to go wrong for her. The day begins badly when she wakes up late and hasn't prepared for a school test, and culminates in disaster when a train, a barrier, and a bike with broken brakes all converge. Flying through the air, pondering her seemingly inevitable fate, she has a strange, hallucinogenic out of body experience... and suddenly finds herself falling off her bike farther up the road, some distance from the train barrier. A few moments later the train goes by at the bottom of the hill, without incident.

Was it a premonition, or did history alter itself? She relates the experience to her aunt, who tells her that it sounds like she leapt through time - quite a common experience for girls her age, her aunt thinks. Makoto doubts this, but begins experimenting to see if she can reproduce it. She reasons that her physical 'leap' might have been the cause of her temporal leap, so she starts jumping off things whilst willing herself back in time. Before long she discovers that using this method she can in fact jump back, by minutes or hours or days, seemingly at will.

The discovery thrills her, and she immediately sets about correcting all the negative experiences she had on the day when she first leapt. She travels back and wakes up early, prepares for her test and changes her path and actions in such a way that all the little disasters she experienced first time round turn into triumphs. It seems that she has the ability to retry events as many times as she needs to ensure that she gets the outcome she wants. As most people would be, she is rather happy about that.

She soon finds that some things are harder to 'redo' than others though, that other people's will and desire will still find a way to assert themselves however many times she hits the restart button. After a while she also starts to notice that the disasters she averts for herself have a tendency to land on other people instead, a realisation which brings a great sense of guilt and responsibility. Even worse, she comes to realise that her ability to leap is not infinite, and she may only have a few more opportunities to use the power.

THE GIRL WHO LEAPT THROUGH TIME is not really about time travel, it's about adolescence (as so many animes are). I have to assume that everybody who has been to high school must at some point have wished they had Makoto's powers, to go back in time a day or a week and redo some embarrassing moment, now armed with foreknowledge and experience, to alter the course of a regretted word or deed, to turn the tables on a persecutor and come out on top, to win over a girl or boy whose affections we desired but were too shy, awkward or inexperienced to earn. That's pretty much what adolescence is about, at least for many of us, and one of the reasons anime has such a wide appeal to a certain demographic (fine, 'geeks'... ok?) is probably that those themes are so often explored and so very resonant.

In many animes the geeky teenager turns out to be a hero who saves the world, gets the girl (/alien/goddess/busty demoness), triumphs over those who made fun of him and is generally vindicated in the eyes of all who doubted him. THE GIRL WHO LEAPT THROUGH TIME is not a simple piece of reassurance/wish fulfilment though, but rather a more subtle exploration of those oft bittersweet experiences that tend to lie between childhood and adulthood. Makoto comes to realise that by erasing those moments she regrets she may come to lose something she values much more, and that those events which seemed most embarrassing or upsetting at the time might just turn out to be the most important things that ever happened to her. The power to bend the world to fit our own desires might not be the most brilliant power to have after all, especially at that point in a young person's life.

This sense of bittersweet nostalgia about childhood's end is the theme that drives TGWLTT, and is well evoked by the visual style, full of images that recall those kind of summer's days spent with friends where lifetime memories are made and characters are shaped. Makoto experiences some awful things in her repeated runs of those few days over which the film is set, but in the end the things she would change if she knew this was the last time she had the power to do so turn out not to be the things she might have thought at first.

Mamoru Hosoda's film is a very thoughtful, poignant exploration of those days and years that most of us have probably had time to look back on with a difficult to discern mix of fondness and regret as we grow older. The message that in the end we might just be glad things happened which we desperately wished we could just erase at the time is bound to strike a chord with many.