Directed by
Genre
A movie for grown-ups 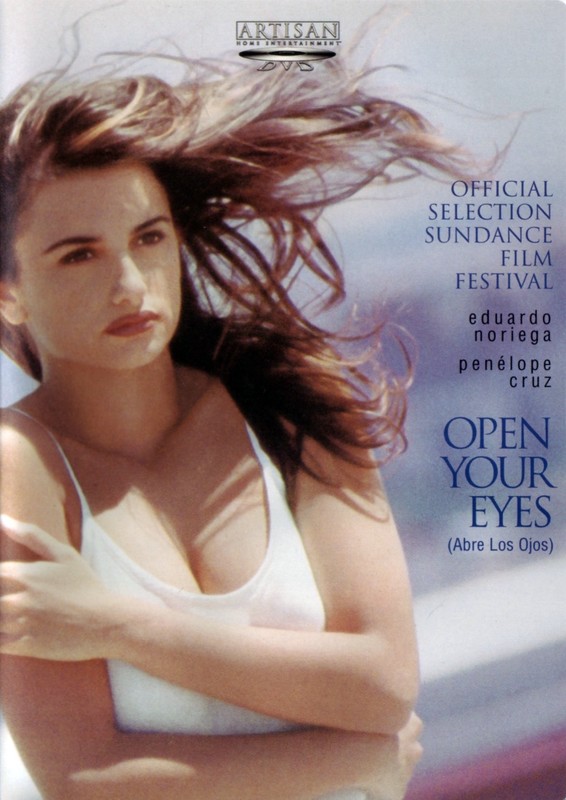 César is young, rich, handsome and self-confident... attributes which he puts to good use by bedding a lot of women, and which frustrate his less handsome, less confident best friend Pelayo a little bit. Pelayo meets the woman of his dreams, beautiful Sofía (Penélope Cruz) and takes her along to César's birthday party... a pretty big mistake, as César immediately moves in on her.

César's carefree lifestyle is brought to a sudden end when another lover, feeling jilted, crashes her car with César in the passenger seat, leaving him horribly disfigured. In flash-forward inserts we deduce that César's fortunes are to decline much further, as we find him telling his story to a doctor in a psychiatric penitentiary. But César's memories don't seem to be very reliable, and exactly what happened becomes increasingly difficult to say with certainty.

OPEN YOUR EYES (I do like the Spanish title 'Abre los ojos' more, for the feel of the words) is a complex, sophisticated film with numerous layers and facets. The core story of a man brought down by hubris and arrogance and his redemption at the hands of a good woman could have made a worthy (if cliched) film in its own right, but it's just a jumping off point from which ABRE LOS OJOS leaps into far richer waters. César is a fine example of the 'unreliable narrator', and as his recollection of events seems to become increasingly at odds with the external world it becomes ever harder to be sure exactly what happened or is happening. The final resolution is magnificent, though.

It's probably impossible to watch this film and not want to marry Penélope Cruz, though as usual Tom Cruise took this much too far, having her reprise the role of Sofia in the American remake (VANILLA SKY) then promptly popping a ring on her finger. I haven't seen the remake... I can' t imagine it's as good, or that Tom Cruise would allow himself to play the character of César quite as contemptibly as Eduardo Noriega does. I'll have to assume that they copped out and 'Hollywoodised' the ending, too.

OPEN YOUR EYES is a fine example of what European cinema sometimes does very well... mature, sophisticated and crediting the audience with enough intelligence and initiative to untangle a complex storyline and make their own moral judgments if they feel inclined to do so. It's a rich film which gives the viewer plenty to think about, and a finely crafted piece of cinema. Well worth a watch.