Directed by
Genre
Incoherent and overblown 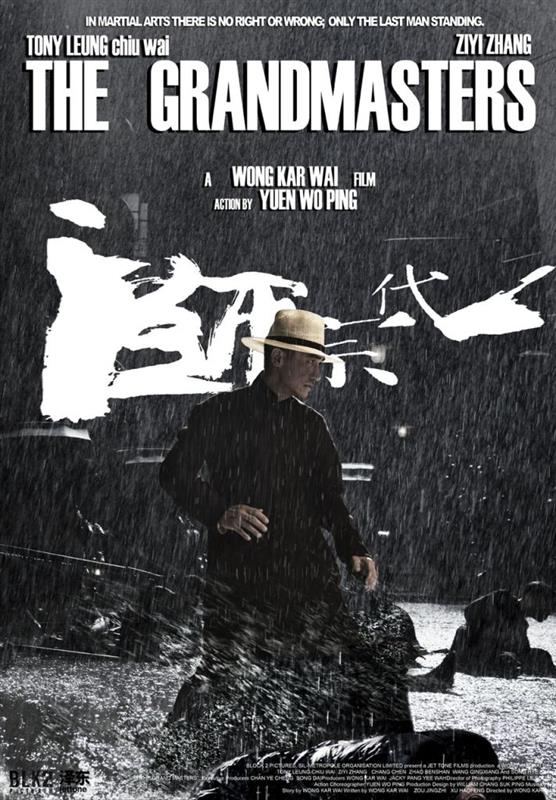 Some time around the release of 2046, rumours began to swirl that Wong Kar-Wai's next project was to be a Bruce Lee biopic, which seemed like an unlikely project for the director. Well, 9 years is a long time, and since it appears to have been decided some time around 2008 that everybody in Hong Kong was going to make an Ip Man biopic, it's not too much of a surprise that WKW's next film (not counting the Blueberry thing, which I haven't seen) turned out to be a biopic of Bruce Lee's Wing Chun teacher instead... like every other martial arts film Hong Kong has produced in the past 5 years.

THE GRANDMASTER (or GRANDMASTERS, depending on which poster you choose to believe) tells the story of Ip Man... or a story about Ip Man, anyway. One thing the various Ip Man biopics don't seem to have is any real consistency, so there's no way of knowing which - if any - actually resemble the real person's life story. Actually this film doesn't even tell an Ip Man story at all for most of the running time - the affairs of Zhang Ziyi's family are more prominent, and Ip Man is basically a side character in those events. Exactly what story the film really wants to tell is never very clear, with various lurches in time and location, and many events whose connection to the rest of the film is obscure. We don't really expect Wong Kar-Wai to present us with a tidy linear narrative, as his films are built much more out of "moments and moods", but THE GRANDMASTER doesn't even seem to deliver coherency there either... the tone is all over the place, and whatever themes he is attempting to address are completely obfuscated by the presentation. There's a lot of pretty shots of people looking forlorn - again, not exactly virgin territory for Wong Kar-Wai - but here it seems a little like the director didn't really know what to do so he just fell back to default shot choices...

"Err, have a pretty girl crying, and some people moving about in the foreground in that sort of blurry-slomo-timelapse thing I do".

Martial arts philosophy appears to be a theme, as you would expect in an Ip Man picture, but what exactly Wong Kar-Wai wants us to take away from the film is hard to say. The various 'grandmasters' spend lots of time speaking in metaphor and riddle, which all sounds quite profound, but doesn't seem to amount to much of a philosophy by the end of the film. Caveat: I watched a fan-subbed version. It's possible a less literal translation would be more accessible to non-Chinese speakers.

There's some fight scenes, and Yuen Wo-Ping is present to make sure they have some panache, but they are largely spoilt in my view by two things - an overuse of self-indulgently aesthetic camera angles and editing, and Tony Leung Chiu-Wai's lack of any real martial arts skills. LCW was an odd choice for the role of Ip Man... he is a fine actor, which I'm sure is useful, but he doesn't have an ounce of 'Grandmaster' in his bearing or demeanor. Zhang Ziyi's background as a dancer allows her to pass herself off as a graceful fighter with some conviction, but neither really fit the role in a way that will make it a memorable performance for them or a memorable interpretation for their characters.

The film is certainly pretty, which is a given with Wong Kar-Wai I suppose, but it feels too much like style for styles sake, or because it's what is expected of him, than any attempt to use the camera to create a particular tone which matches the content. Ashes Of Time could be accused of being gratuitous in its beauty, but it's a visual style that's married to a narrative style and a thematic content that it suits. Visuals match audio match dialogue match acting match editing = a work of art. THE GRANDMASTER feels more like an assemblage of Wong Kar-Wai's previous techniques and themes that have been randomly regurgitated at an inappropriate moment.

The soundtrack by composer Shigeru Umebayashi is another weak link in the film, being far too overblown and melodramatic at times when it shouldn't be - when it becomes intrusive and distracting.

I know I'm at odds with the world at large in thinking that In The Mood For Love was a disappointment, and far from Wong Kar-Wai's best work. Perhaps the fact that I haven't really enjoyed a Wong Kar-Wai film since Fallen Angels is simply evidence that my tastes and the director's have diverged... and continue to do so. I'm more inclined to believe that Wong Kar-Wai simply ran out of things to say some time around IN THE MOOD FOR LOVE, and that the increasingly drawn out production and release schedules for his films are not the sign of a meticulous artisan striving for perfection, but simply an indication of how much random footage you have to shoot before you have anything you can assemble into a half-way coherent film when that's your approach to production and you don't have any real vision guiding you.

Not recommended, though I suppose it's one of those films you'll have to see and make your own mind up about.