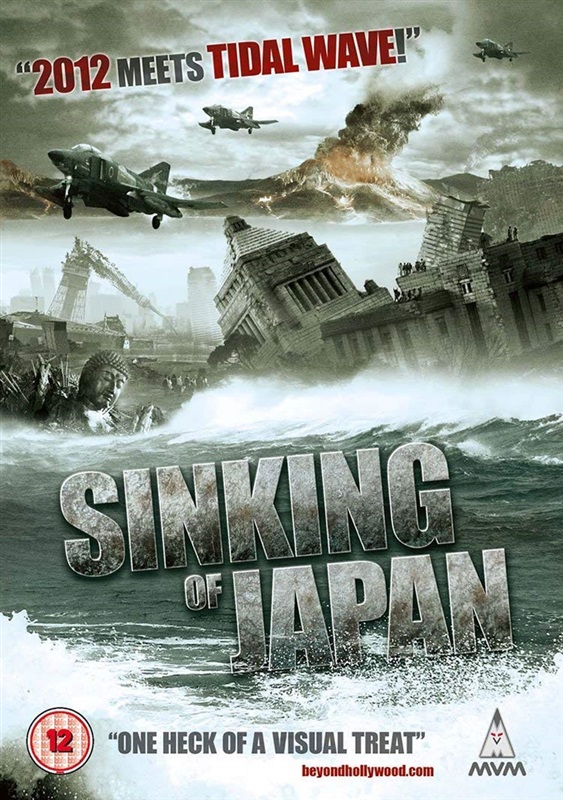 Due to rather dubious plate tectonics, Japan starts to slip under the sea. Initial predictions say it'll take about 40 years before the country is submerged, but a rogue scientist adds in some even more dubious science and determines it will actually take less than 1 year! The government think he's a crackpot, but evidence soon starts bearing his theory out.

This big budget disaster movie follows the formula set by any number of Hollywood films of the late 90's (I assume, having seen none of them), with the scale of disaster and tragedy bringing out the nobility of the human (well, Japanese) spirit in acts of heroism and sacrifice, and proving the power of love or something like that. i.e. it's as naive in its psychology as it's geology... we all know that half the populace would be out raping and looting the minute they thought the police had their back turned, and the other half would just panic and be useless.

The film does have some very nice special effects, but is not as slick or expensive looking as an equivalent Hollywood production would be. It is at least as nationalistic, humourless and lacking in self-awareness as that Hollywood film would be though, and probably has even worse acting. It does have the hot evil chick from Battle Royale as one of the leads... but she's not even slightly evil, and is therefore much less hot.

The film is much too long at 132 minutes, and gets worse and worse as it progresses towards a conclusion that had me in danger of puking. I certainly didn't care in the slightest whether Japan sank or not by the half way point, and well before the end I was trying to think of ways to expedite the process should I ever find myself in that situation for real.

But, it does have nice special effects, and Kou Shibasaki is still pretty hot, so I magnanimously give it... 3/10. See the satirical response The World Sinks Except Japan for a more entertaining movie.