Directed by
Genre
Pretentious and tedious 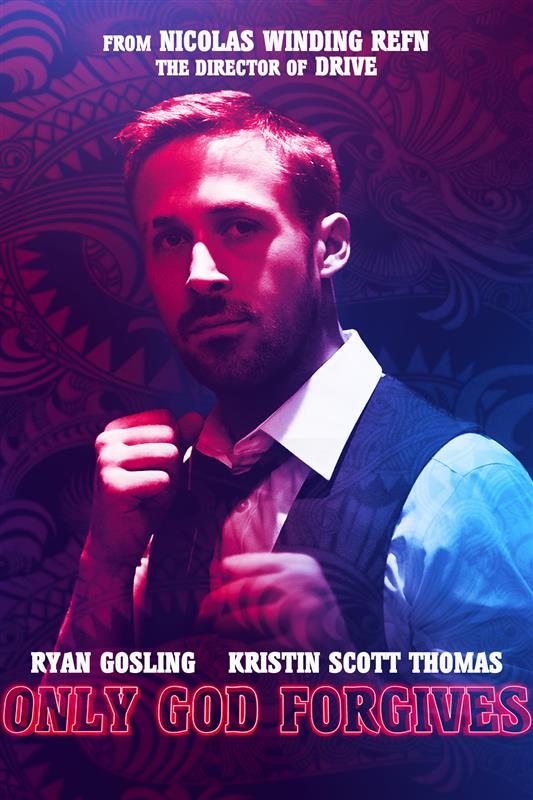 Two brothers from America make a new home in Bangkok, running a boxing club as a front for a drugs operation whose real mastermind is their mother back home. When the older brother murders a prostitute, a Thai policeman offers her father the chance to choose his own punishment. The boys' mother does not take the result of this well, and comes to Thailand to seek her own revenge.

I was really looking forward to ONLY GOD FORGIVES from the promotional blurb - it sounded intelligent, dark and intense. After finally seeing it I am overwhelmingly disappointed - whilst stylishly filmed, it is insufferably pretentious and absolutely lacking in any substance. Characters are paper-thin sketches whose motivations remain opaque in almost all cases - Kristin Scott Thomas is one of the few cast members with enough dialogue to reveal some motive, but since she is burdened with a completely preposterous character she ends up being even less convincing.

In surface detail at least the film is somewhat reminiscent of 2006's THE ELEPHANT KING, but other than the cinematography it is inferior in just about every respect. Whilst the latter was convincingly authentic in its portrayal of the lure and the danger of Thailand for a foreigner, ONLY GOD FORGIVES shows no real understanding of the culture, it is purely an 'exotic' backdrop for its unlikely characters and events.