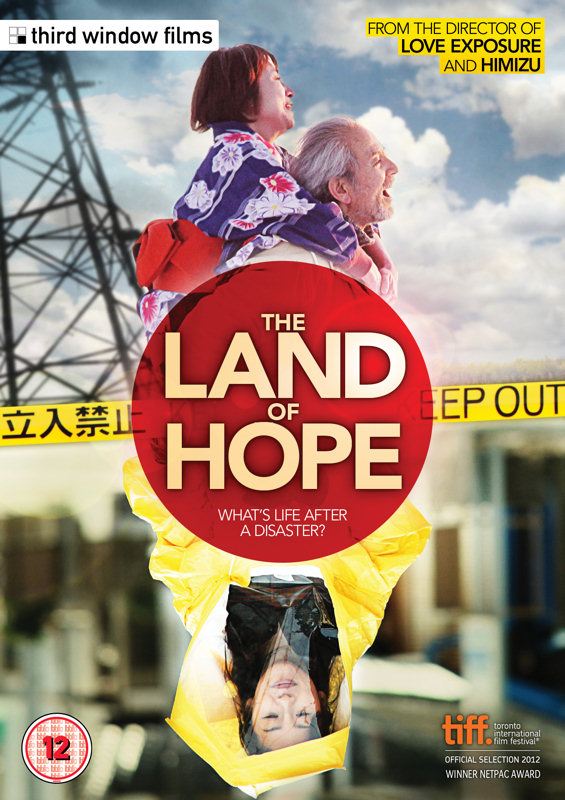 The residents of a small rural town in Japan's Nakashima province have their simple lives interrupted when a powerful earthquake and tsunami destroy a nearby nuclear power station. The government declare a 20 mile evacuation zone, which ends up dividing the town in two - those on one side of the tape are ordered to evacuate immediately, those on the other are told there is nothing to worry about.

Parallels with the Fukushima nuclear disaster are obvious, but Nakashima province is not just a fictionalised Fukushima - references to the actual disaster in Fukushima make it clear that this is a fictional second meltdown in another region, though Sion Sono and crew actually filmed near Fukushima for that authentic post-tsunami, post-meltdown atmosphere.

The film focuses mainly on one family - the young members evacuate the area whilst the elderly parents stay behind. As events progress they all begin to doubt the official reports and especially the ludicrous suggestion that one side of a street can be a prohibited radiation hazard whilst the other is perfectly safe. The son is torn between wanting to keep his wife a safe distance from the disaster and not wanting to leave his parents in danger, but the father cannot bring himself to tear his dementia-inflicted wife away from her home. They are clearly approaching the end of their lives anyway, and since the mother remembers her youth clearly but struggles to form new memories, the shock and confusion of being torn out of her familiar environment seems far more cruel to him than staying in a radioactive disaster area.

THE LAND OF HOPE is a slow burner, a mostly quite tranquil character piece somewhat reminiscent of Somewhat reminiscent of Raymond Brigg's WHEN THE WIND BLOWS or Studio Ghibli's GRAVE OF FIREFLIES but with hidden barbs lurking at its core - the film is clearly about Fukushima after all, really, and especially the Japanese government and Tepco's incompetent and dishonest handling of the disaster and its aftermath. "Don't believe a word they tell you" is Sion Sono's obvious message, though he also takes a swipe at the general populace who are all too keen to play along with the pretense that everything is just fine really... just as long as people don't talk about it. Sono clearly isn't the type to bite his tongue.