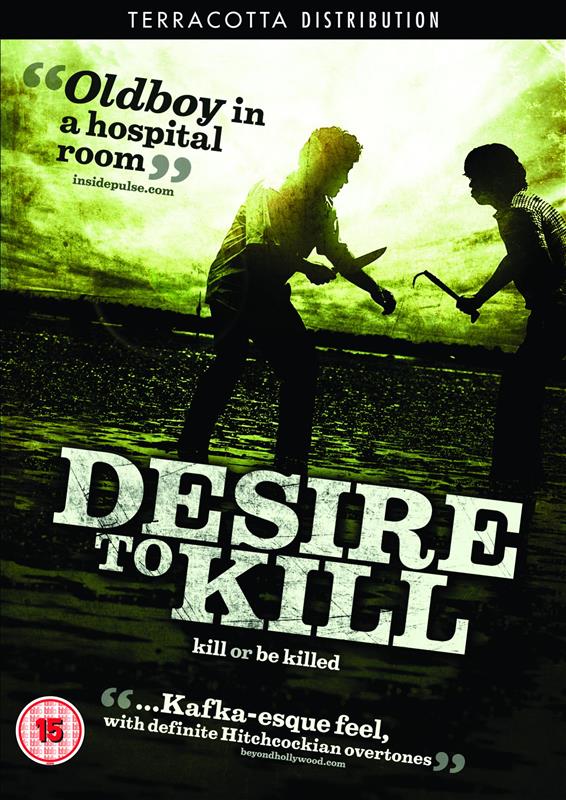 Kim Min-Ho has been left paralysed down one side by a stroke, and spends his days at the hospital trying to kill himself. Things change when a comatose accident victim appears in the hospital bed beside him, and Kim recognises him as Park Sang-up, a man who wronged him many years ago. Now Kim Min-Ho has a reason to live, and to recover - revenge.

DESIRE TO KILL is a wonderful black comedy from South Korea, a revenge tale with the darkly absurd twist that the person on whom revenge is sought is only metres away... but to the bed-bound Kim, this distance is large enough to be an insurmountable obstacle - even more so when Park awakes from his coma, albeit with amnesia.

A revenge-driven film from South Korea is pretty much guaranteed distribution in the West after the fantastic success of OLDBOY, regardless of whether it really deserves wide distribution. DESIRE TO KILL is one that most certainly does - a delicious satire of the revenge wave with a sharp script, superb performances and gorgeous cinematography.

The final act of the film does have a plot twist too far, stretching plausibility beyond reasonable limits, but it still provides a reasonably satisfying conclusion and doesn't spoil what has come before too much.

Good to see that South Korea can still make smart, stylish and blackly hilarious films - it had been a while since I'd seen one!

Desire to Kill at Terracotta Distribution