Directed by
Genre
Only in Japan 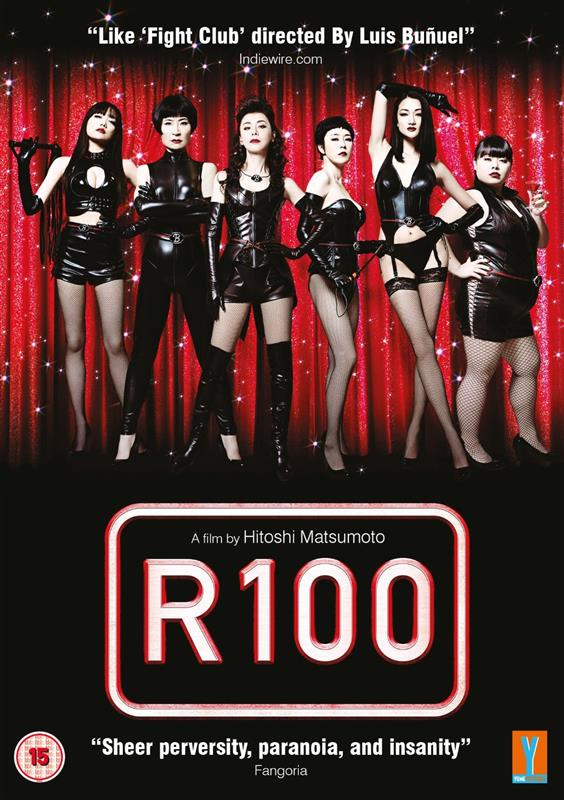 A furniture salesman is raising his son alone whilst his wife is in a coma, and finds that between work and being a single parent life is lacking in excitement in satisfaction. He visits the offices of a company called "Bondage", and signs up to their program... a 12 month contract, during which period the company's dominatrices will pay him visits at unpredictable times. The rules are that whenever and wherever they arrive, he must be completely submissive, and follow their lead. And one more thing - contracts can not be cancelled before the 12 months are up.

Things start out with fairly mild humiliation exercises, which the man finds satisfying, but after a time start to degenerate into little more than random assaults. Eventually the visits start to become more sinister and less welcome. Of course, things really get interesting when he tries to cancel the contract.

R100 is one of those uniquely Japanese films, which starts off slightly perverted and ends up completely demented. The narrative is broken up at points by little interludes which are ostensibly from a preview screening where studio executives quiz the young assistants of the 100 year old director about some of the films more blatant plot holes and question its market appeal. The assistants explain that the director says that to truly understand and appreciate the film you have to be 100 years old, like him - hence the title (Rated 100).

You certainly don't have to be quite so ancient to appreciate the film, but perhaps it would help it make more sense - I hope not though, as that would spoil the fun!

R100 is very tame compared to recent Japanese splatter fests like The Machine Girl and Tokyo Gore Police, but should appeal to similar audiences with its rather charmingly innocent deviance and moments of head-scratching weirdness. Enjoy this tale of a little spice in a likable character's monotonous life.