Directed by
Genre
An interesting and unique movie 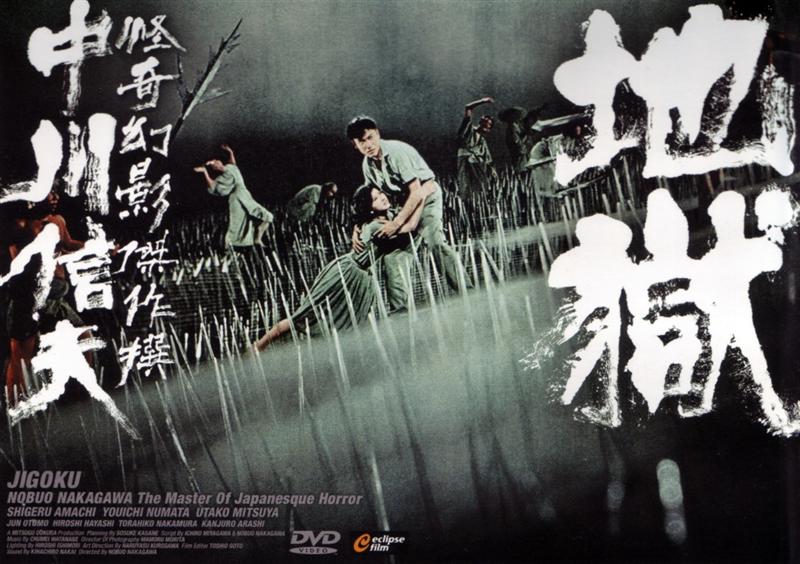 This tremendously dark and perverse movie is apparently the first ever 'gore' film, though how you define that is probably open to quite a bit of interpretation. The movie follows the fates of a young student, who appears to have been marked for trouble by the devil himself. It seems that death follows him around, and for the first hour of the movie he is really starting to believe that he is damned. Eventually, death catches up with him and he learns that it's totally true, as the movie follows him into "Jigoku"... aka "Hell". Here, Shiro is introduced to all the various tortures and general unpleasantness that is waiting down below for sinners.

Despite the fact that most of the movie is simply set up for the big payoff, it's not a bad story in its own right. The cinematography and acting are all good, and the script well written and entertaining. The characters are all interesting and mostly quite perverse sorts. Shiro himself seems not to be a bad sort, and it's a little bit nebulous why he ends up in hell himself. Ostensibly it's due to his involvement with several deaths, but I think director Nobuo Nakagawa really wanted to leave the impression in our heads that it was punishment for sexual impropriety.

It's not the scenes above ground that gave the movie it's name, however. The movie really comes into its own when Shiro and his fellow sinners end up in hell, where various tortures are waiting for them. There's some startling imagery here, and the movie is filmed and edited in a very tense, almost hallucinogenic way that really creates the atmosphere of torment very well. We're treated to reasonably graphic images of various imaginative sufferings that people go through, though Shiro himself mostly seems to be allowed to free run of the place, and the notion that escape from hell is a possibility remains strong.

Special effects are clearly 1960's effects, but well imagined and implemented. Most of the feel of horror comes from the way the scenes of hell are filmed and edited though, and I'm sure the movie was very original and innovative in these techniques when it came out. Even now it feels quite fresh and effective.

Clearly not a movie to show the kids or to take a new date to, but an interesting and unique movie that is enjoyable to watch (in a dark kind of way).

aka THE SINNERS OF HELL