Directed by
Genre
A beautiful piece of magical realism 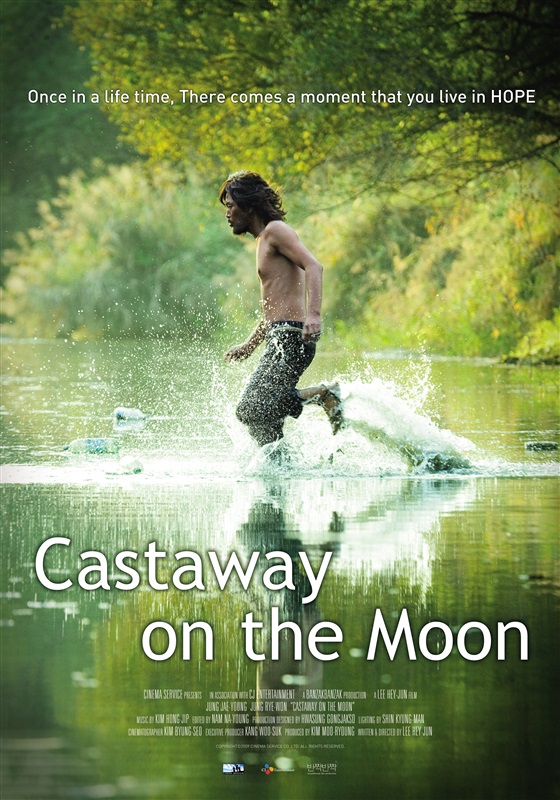 Kim Seung-Un is drowning under the weight of debts, failed relationships and the pressures of modern life. He decides the only solution is suicide, and throws himself off a bridge on the Han river. To his surprise he wakes up on a beach, and exploration reveals that he is on a small island - in the middle of the river. He can see the city, there's even a bridge running right overhead, but there's no way for him to escape. Hunger gradually compels him to find a way to survive, using the city's detritus that has washed ashore.

Meanwhile a young girl hasn't left her room in three years, afraid to be seen due to facial disfigurement. She constructs a persona on an online forum and lives her life vicariously through that, become popular in a way she never was in her real life. Occasionally she uses a camera with a zoom lens to spy on the outside world. One day she spots Kim Seung-Un on his island and somehow concludes that he must be an alien. She resolves to find a way to communicate with him.

CASTAWAY ON THE MOON was recently voted the 32nd best South Korean film of all time on KoreanScreen.com. It's a wonderful concept, rich with metaphor as the two main characters are both stranded on the fringes of society in more ways than one. The film is subtly off beat, with discursions into fantasy and a faint undercurrent of absurdity that reminded me of a Haruki Murakami novel.

The film focusses almost entirely on the two leads, with other characters only appearing occasionally and briefly. Both deliver excellent performances, giving us a window into their characters vulnerability and suffering without becoming pitiful. The film treads a fine line, with neither of the main characters being particularly admirable human beings but convincing the audience to root for them anyway. The situation is mined for comedy but with a gentle touch, making fun of Kim's complete lack of survival skills and his resentment at being denied the conveniences of the modern world but allowing him to keep a reserve of dignity which engenders affection and ultimately respect.

The film reminded me of Welcome To Dongmakgol in some ways, such as the exceptionally vivid cinematography that highlights the exuberant colourfulness of nature when left to its own devices. It also recalls My Sassy Girl at times, with the genuineness and wholeness of its characters and its drifts into their imagination. Like both of those films it is uses comedy to make us fall for its characters, so that the emotional slug in its tail hits deep.

CASTAWAY ON THE MOON is is the sort of film that South Korea makes very well - or used to anyway, I can't think of many recent examples, but maybe that's my fault for not looking for them. It is a superb piece of craftmanship, beautiful to behold and expertly pitched and paced across its wide emotional gamut. It uses all of this to deliver a message that is certainly not new, that the way we live now inhibits the development of human connections, but it does make a particularly compelling case for it.