Directed by
Genre
Smart, subversive and gory as hell 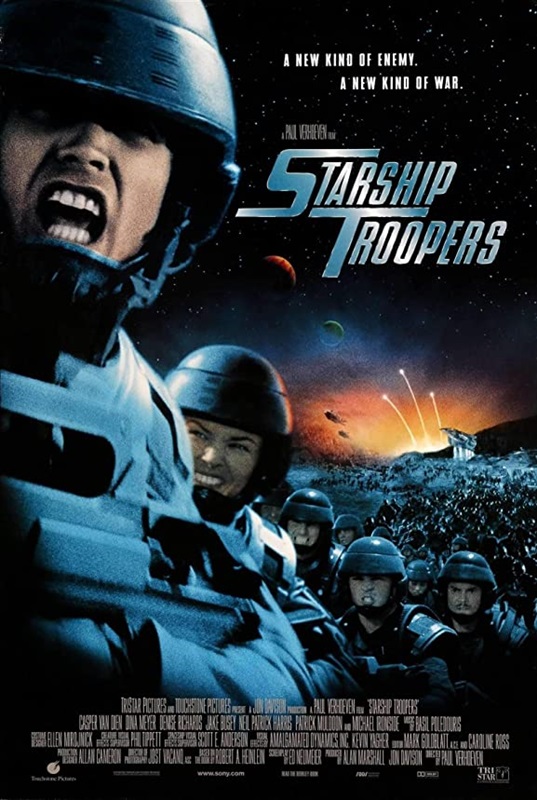 Paul Verhoeven was really in a league of his own in Hollywood in the 1990's, producing big budget ultra-violent genre fare that managed to be smart and subversive at the same time.

Starship Troopers is an extraordinary sci-fi action movie, featuring fantastical worlds swarming with insectoid aliens and some of the most gruesome violence of its day. Insects and humans get chewed up and spat out, whilst fleets of space ships are torn apart above their heads. It's thrilling and the special effects are fantastic, holding up well even today.

If that's all there was to the film it would still be great, but Verhoeven also hides a sharp political message amongst the gore. The film's subtext is that the ruling classes use nationalism and xenophobic propaganda to convince the poor to sacrifice themselves in wars of aggression and expansion, and the fetishized militarism spewed out by Hollywood is their primary delivery mechanism. Apparently this went over the head of a lot of people at the time, though it boggles my mind that anybody could miss it. I guess some people couldn't see that humans are the bad guys in this film.

Side note: Denise Richards won the 1990's with her smile in this film.