Directed by
Sabu in dark mode 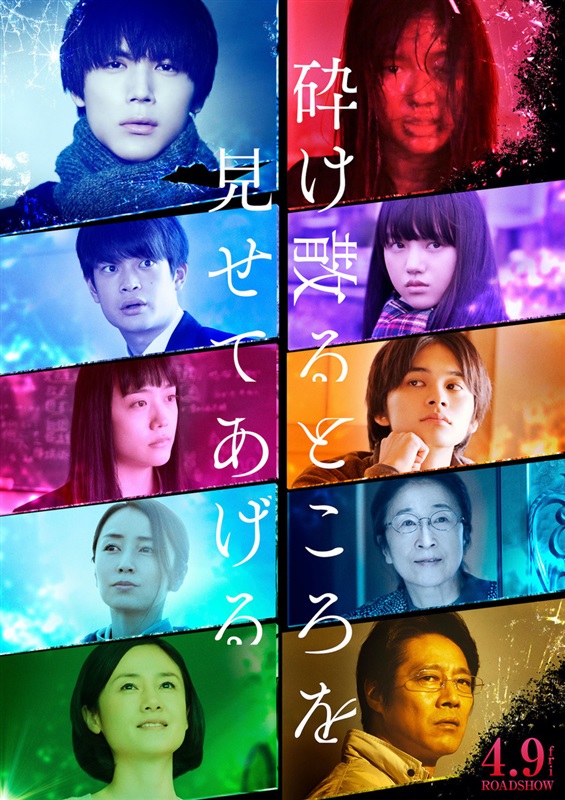 Kiyozumi's father dies before he is born, whilst saving some children from a submerged vehicle. Kiyozumi grows up with a strong sense of justice and a belief in heroes. When he sees the juniors in his school bullying their strange classmate he steps in, but she just screams when he tries to talk to her. Regardless, he takes it upon himself to be her protector.

Like his 2005 film Dead Run, Sabu's latest film is based on a novel - and like DEAD RUN it is a rather harrowing piece of cinema.

The film shines a light on the cruelty of children, the way they will gang up on someone who doesn't conform and persecute them to reinforce their own tribal bonds - we're still pack animals just below the surface. Hari is an easy target for them, mute and dishevelled and not inclined to fight back. At first she gives the impression of perhaps being autistic, but in due course we learn that she is suffering from some heavy trauma.

Kiyozumi's desire to be a protector quickly morphs into more romantic and/or sexual feelings - rather more quickly than might seem appropriate in fact, which is to the detriment of his character's identity. I suppose it's probably in the novel, but I think the film would have been more effective if his less idealistic motivations had remained unvoiced.

Thanks to Kiyozumi's interventions, and those of a few other characters who are not complete shits, Hari starts to come out of her shell and reveal aspects of her inner life. We might hope that this is a heart warming story of a young girl flourishing when nurtured, but that's the Hollywood version. Hari has bigger problems than teenage bullies that need reckoning with.

At some point those problems come to the fore and dominate the remainder of the film, which wobbles a bit during the transition. There are several points where the pair do not act as sensibly as Kiyozumi at least has been previously and it undermines the credibility of the situation they find themselves in, weakening its impact.

The film also has a coda that seems unnecessary to me, showing us glimpses into the pair's future and giving them one last kick before it's done with them. Depending on how this lands with you it might be the payoff for everything that preceded it, but for me it was a miss.

Anna Ishii undoubtedly has a difficult job on her hands playing Hari, a character whose awkwardness and vulnerability are extreme - I'm guessing well outside her own experiences as a pretty member of idol group E-Girls. Her performance is a mixed bag, with some mannerisms seeming forced, but as she starts to open up and act more naturally she does grow into her character more and conveys Hari's fragile hopes and broken trust well.

Taishi Nakagawa doesn't have such a challenge on his hands since Kiyozumi is quite a straightforward character who wears his heart on his sleeve, but he succeeds in making him likeable and winning our support. Kaya Kiyohara makes the most of her relatively minor role as one of Hari's classmates, I have a feeling we'll be seeing more of her in the future.

The film is generally good on a technical level, as you would expect with Sabu at the helm - he's proven that he knows how to make a film by now, I think. I'm very happy that thanks to the Nippon Connection film festival I got to see one so soon after its release for a change.