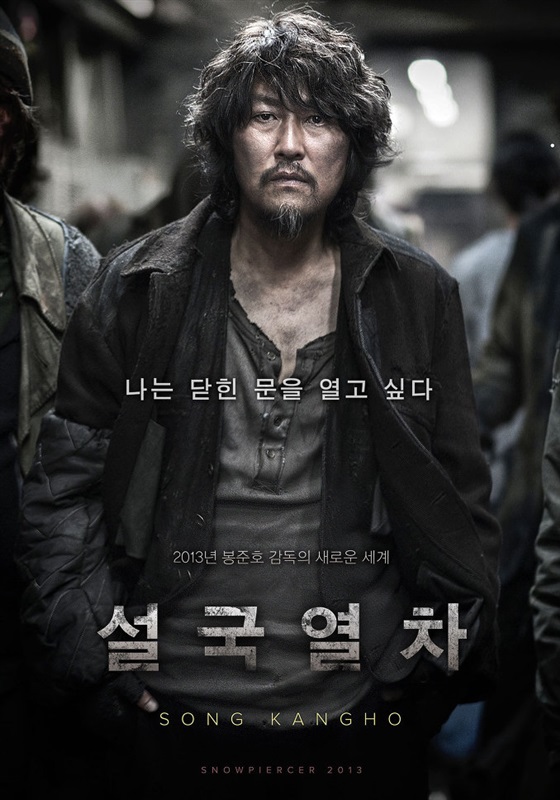 After a failed attempt to combat global warming causes global temperatures to plummet and life to die out, the only survivors are the passengers of Snowpiercer, a 1000 carriage train that continuously circles the globe staying in permanent sunlight. A society soon emerges with the first class passengers living it up at the front of the train, supported by the labour of an oppressed rabble at the back, where a revolution is brewing.

Bong Joon-Ho's films are all about class to some degree, but none so overtly as SNOWPIERCER, where the allegory for society under capitalism is so direct it barely qualifies as metaphor, and the need for class struggle and revolution is spelled out for you so clearly Marx probably deserves a co-writer credit (so yeah, if you missed that sorry but you're irredeemable).

The film was a Korean production but shot in English with a largely Western cast, presumably to give it more international appeal. Bong was riding high after the success of The Host and the Korean producers clearly believed that this higher budget film was going to be a blockbuster. Unfortunately they made the mistake of getting into bed with Harvey Weinstein, who demanded substantial cuts once the contract was signed. Bong Joon-Ho refused, quite publicly, so Weinstein responded by dumping the film with minimal marketing in the territories where he owned the rights. The UK didn't see a release at all until five years later after The Weinstein Company collapsed in the wake of the #MeToo scandal, when Harvey Weinstein become the global pariah he had already been to fans of Asian cinema for decades.

This makes it painful to admit that some parts of SNOWPIERCER are definitely better than others, with certain scenes that are genuinely sublime and others that are a bit cack-handed. I'd still trust Bong Joon-Ho over Harvey Scissorhands to decide which scenes are essential to the film every time though, and if he says this is the way it should be seen then it's the version I want to watch. 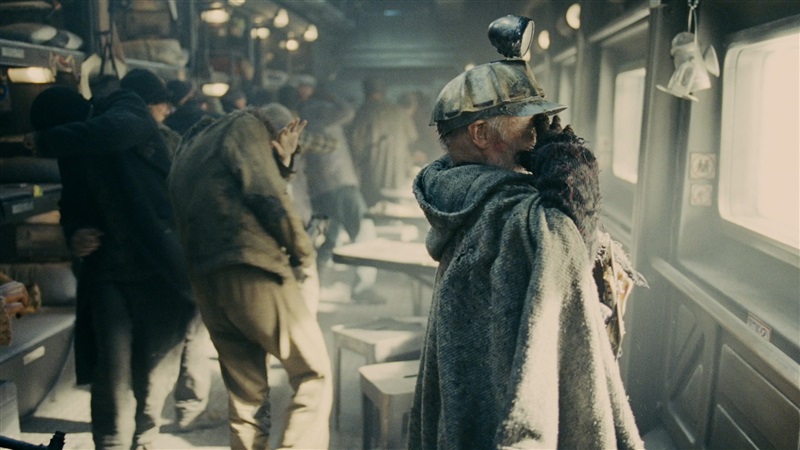 It's hard to know whether working with an English speaking cast contributed to some scenes feeling a bit awkward, but it's certainly the case that scenes with Song Kang-Ho and Ko Ah-Sung are reliably good. On the other hand so are those with Chris Evans or John Hurt, and Tilda Swinton's freakish performance is kind of the highlight of the film.

It was probably the script that delivered the film's weakest moments for me, with some plot developments that seemed at odds with the film's themes - or perhaps just weren't what I wanted to see happen.

As usual for a Bong Joon-Ho film the tone shifts regularly, sometimes broad and comical but sharp and dramatic at others. There is more action than any of his other films, and it's sometimes pretty great and sometimes a bit rough around the edges. There are some surprisingly visceral death scenes, getting intimate with characters as they watch their life slipping away. There are other times when killing is done casually and without much remark though, so it's not a particularly consistent choice to make sure death isn't trivialised.

The film's high budget (by Korean standards) results in strong production values, with the cramped interiors of the train carriage being well designed - presumably difficult when you need to get a camera crew in there along with the cast. The film's low budget (by Hollywood standards) means that the CGI sequences already look dated - it's mainly just exterior shots of the train and its frozen environs though.

I think SNOWPIERCER is probably my least favourite Bong Joon-Ho film, but that has to be considered in the context that all of Bong Joon-Ho's films are brilliant. This one is less than perfect, but still has enough moments of brilliance to be well worth your time.