Directed by
Genre
Looks pretty but weak in most other respects 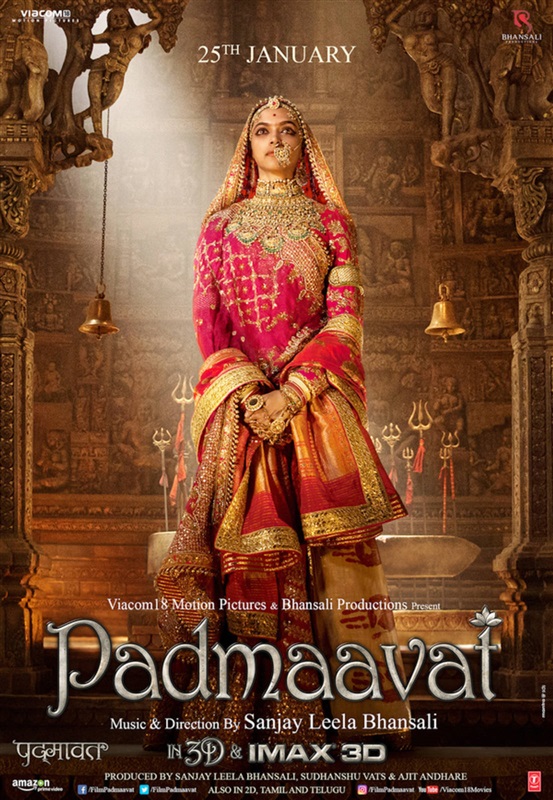 King Singh of Mewar meets a beautiful princess named Padmavati and immediately falls in love, marrying her at the first opportunity. A disgraced Mewar soothsayer convinces neighbouring sultan Alauddin that he is destined to rule the world, but only if he has Padmaavat at his side, so he goes to war to bring her there.

The film is based on a 16th century epic poem and ranks as one of the most expensive Indian films produced to date. Padmavati is apparently considered close to a goddess in Hindu culture, a symbol of purity and integrity, and the film was extremely controversial - its release was delayed due to protests and it was altered to appease censors.

The film's controversial nature was different for different groups. Some Muslims thought the presentation of a Muslim sultan as a villain was offensive, but his religion is almost never mentioned and doesn't seem to be a significant factor in his character. Progressive groups were offended by the regressive value system depicted, but it can't be too much of shock that a 16th century poem doesn't conform to 21st Century mores. Conversely, traditionalist groups were offended that Padmavati might not be depicted conservatively enough.

As you can imagine, none of the people getting offended by the film had actually seen it, and were basically telling on their own imaginations. It has retained some controversy with people that have seen it though, at least in the West, primarily because of an ending in which Padmavati "preserves her honour" in a way that is presumably faithfully to the poem. Fair enough, but not every film is going to be made with Western liberal sensitivities in mind, so maybe don't look here if that's what you're looking for.

As an outsider with no skin in the game it's just rather bland though. It looks stunning, with impeccable production values and cinematography, but it fails to breathe any life into its characters - except for the charismatic villain Alauddin, as is so often the case the bad guy seems to be the only person enjoying himself - and gives little reason to care much how their conflict pans out.

The film's beauty is also marred in places by some really bad CGI that looks decades behind the state of the art, and surprisingly terrible battle scenes. Fights are slow and clunky with no sense of power or peril and filmed with zero panache - they'd have seemed barely competent 50 years ago. There are a couple of great dance numbers - they should have got that team to film the fights.

For me, the dreadful battles and lousy CGI are the real scandal here. Somebody give Sanjay Leela Bhansali a copy of BAHUBALI to study before he makes another film.