Directed by
Genre
Interesting but not all that good 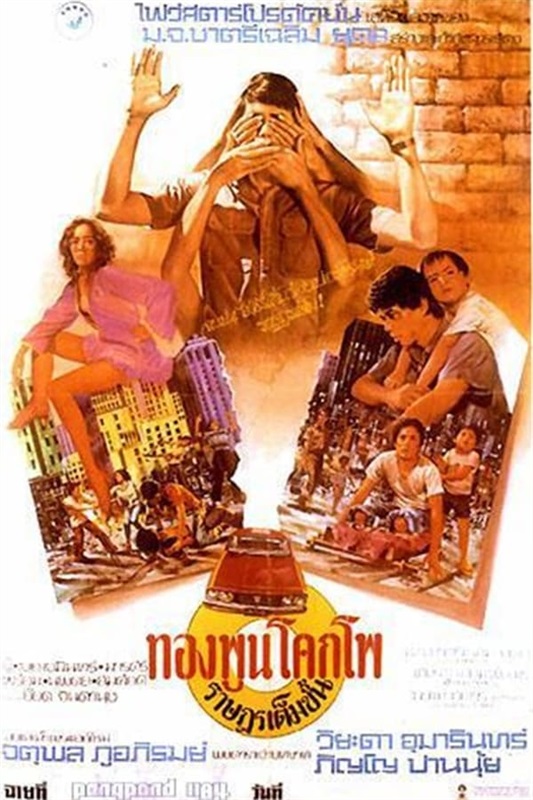 A young single father from Udon Thani saves up for 5 years and sells his land to buy a taxi in Bangkok, hoping to make a better life for himself and his son in the capital. His innocence and trusting nature make him an easy mark for con artists and criminals, and before long his taxi is stolen from him. Despite a lack of enthusiasm from the police he is determined to recover the car, which to him represents his dreams and his very future.

It's been too long since I last watched a film by Thailand's most socially conscious royal filmmaker, so when a surprisingly good looking HD copy of his elusive hit film THE CITIZEN (aka Taxi Driver) fell into my lap it seemed like a good opportunity to remedy that.

It ultimately seems to be advocating vigilantism, but then it ends on a rather downbeat note where it hasn't really accomplished anything, suggesting that individual action is not particularly effective against a broken system.

The film is pretty down on life, the main character starts off cheerful and optimistic but virtually every encounter he has in the city chips away at it. City folk are portrayed as selfish and uncaring, whilst rural poverty means the future isn't exactly rosy for him there either.

It was successful on its release in Thailand, so I guess it struck a chord with the people it was aimed at. According to this revealing interview it was originally supposed to be the start of a series of films that would be released in "realtime", presumably to show how lives had changed for the citizenry in the meantime. Unfortunately lead actor Jatuphol Poopirom died before the time to make CITIZEN 2 arrived and had to be replaced, and the third film following his grown up son seems never to have appeared so I guess that didn't work out.

From my own experiences I would say not that much had changed for the average citizen. Whilst Thailand went through very rapid development the inflowing wealth mostly accumulated in the hands of those that already had it whilst poverty, crime and corruption were still widespread 30 years later.

Unfortunately THE CITIZEN is one of those films that is more interesting than it is good. Whilst the topics it addresses are worth thinking about and it's generally well lensed, the acting is poor and the script is a bit too direct in its messaging, too many lines obviously being addressed directly to the audience rather than through the characters.

Glad to have finally seen it though.