Directed by
Genre
A landmark in Japanese cinema

A world weary detective and his rookie partner investigate a murder, which leads them into the murky underworld of corruption surrounding the victim's drug dealing.

VIOLENT COP was the first Takeshi Kitano film I saw, and might actually have been the first non-animated Japanese film I ever watched. It was shown on Channel 4 in the UK as part of a short season of Kitano films. I'd only recently discovered Hong Kong cinema and had been gorging myself on it, and I basically expected VIOLENT COP to be something along the lines of Hard Boiled.

It most certainly is not, and I was utterly mesmerised by it.

The name VIOLENT COP brings to mind Abel Ferrara's Bad Lieutenant, but Kitano's Detective Azuma is not corrupt - he believes in his duty to protect the citizenry and see that justice is done, but he doesn't have much faith in the system that employs him to deliver it. Azuma is taciturn, economical with his words and direct in his dealings with people. He's tough but not unkind, and his wry humour sometimes peeks out from behind his gruff, cynical exterior.

The calm is interrupted periodically by bursts of violence which are shocking, messy and chaotic - completely unlike the stylish, romanticised violence of a John Woo film. There is a scene with a stray bullet that will haunt me for the rest of my life. The violence in the movie is a sharp contrast to Hong Kong's Heroic Bloodshed - here it comes suddenly, painfully and not necessarily to those who deserve it. There are no heroes here. 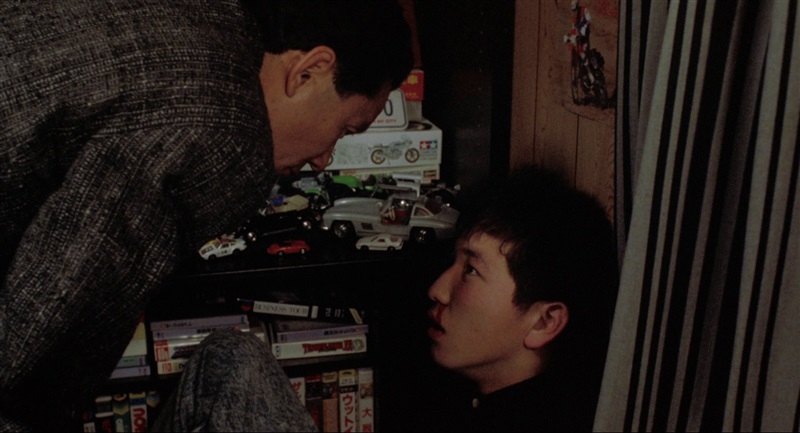 VIOLENT COP was apparently not particularly successful in Japan, where audiences knew Takeshi Kitano as Beat Takeshi, the famous comedian and TV star. Most of his early films were better received by international audiences that had no preconceptions to be confounded, until HANA BI won awards and people in Japan started paying more attention to what he was doing in film.

Kitano was originally only meant to be acting in the film, with Kinji Fukasaku directing. Fukasaku pulled out when Kitano's busy TV schedule couldn't be reconciled with his, suggesting that Kitano direct it himself when he wasn't too busy instead - and so he did.

Given that this was Kitano's first job as a director, and that he wasn't even meant to be the director originally, his distinctive style is surprisingly recognisable from the start. The way scenes are filmed, the characters, the dialogue, the soundtrack and the violence are all very Kitano. 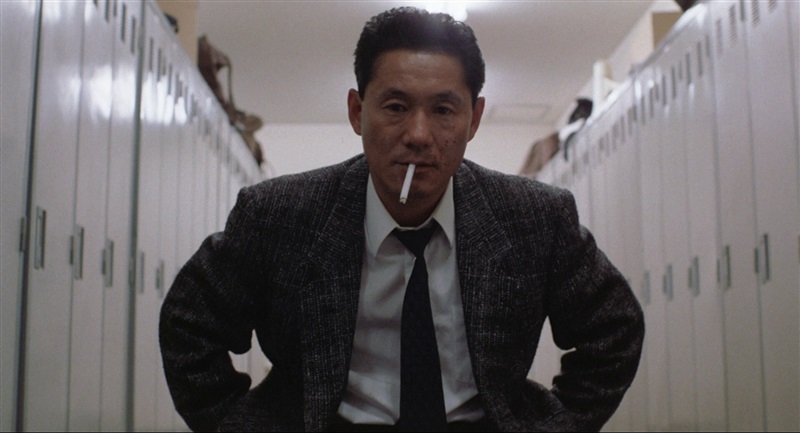 Definitely a man with a vision, and a big influence on the subsequent development of Japanese cinema. There can't be too many directors who ended up directing their first film by accident and went on to become one of the most internationally celebrated directors their country has produced.

I had fond memories of VIOLENT COP and have wanted to rewatch it quite a few times, but previous DVD releases were so bad they were borderline unwatchable... I had the US and UK discs and I think it looked better when I recorded it off the TV. When I saw that BFI were releasing a remastered blu ray box set which also includes Sonatine and Boiling Point, I hit "buy now" without hesitation.

I expect the remastering was done by Office Kitano rather than BFI, but it looks, sounds and reads great... finally, a release that I can recommend without reservation.