Directed by
Genre
An insight into a lost way of life 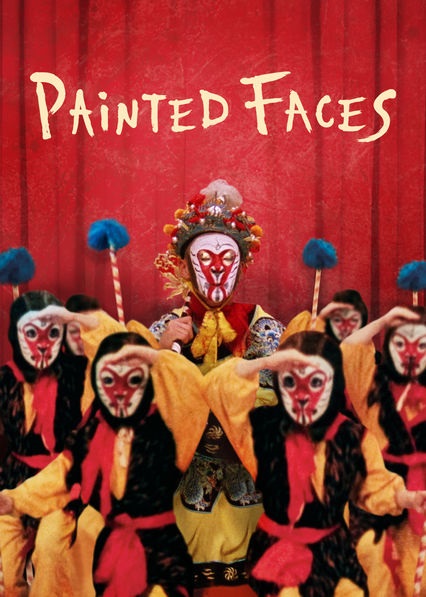 In the early 1960's an unruly young boy named Chan Kong Sang is enrolled in Yu Jim-Yuen's Peking Opera school when his father moves to Australia for work and his mother eventually follows him. Thinking that sword fighting and acrobatics sounds a lot more fun than school work he cheerfully signs a 10 year contract, unaware how strict and intense his training will be.

Sorry, I was just musing about the life story of a young Jackie Chan for a moment... as it happens it's also the plot of PAINTED FACES though. The film shows the training and discipline that turned the Seven Little Fortunes into the remarkable physical performers they became, whilst also documenting the decline of a traditional art form and the end of an era that goes along with it, as the Peking Opera the boys dedicated so many years to gradually lost its audience.

The film is somewhat metatextual - you have Sammo Hung playing his own Sifu, with a mix of sentimentality and reverence that doesn't ignore the fact he was an emotionally repressed tyrant. On another level you have the symbolism of the film being a coproduction between Golden Harvest and a small subsidiary that Shaw Brothers spun up to provide services to the film industry after their main operations shut down. The film ends with the students finding work at Shaw Brothers after the opera school closes, whilst the film makers themselves were now having to find work outside it.

The film apparently sugar coats the boys' lives and glosses over Yu Jim-Yuen's cruelty, since that's not the story it wants to tell. It's not a documentary, it's a tribute to a figure with outsized influence and a eulogy for a lost way of life.

Sammo Hung clearly has a lot of love and respect for his teacher, and his layered performance won him the best actor award at the Hong Kong Film Awards. A softer, more human side of the character is revealed in the relationship he develops with Cheng Pei-Pei, as the teacher of an all-female opera troupe where young Jackie also finds romance.

The young actors who play the students deserve a special mention, they must have been opera students themselves as their flexibility and acrobatics are certainly not something you'd find in any random child pulled off the street (presumably even in Hong Kong). The film covers two periods 7 years apart, with a different set of actors playing the students in each section, and all of them are impressive. It seems like this was the only movie credit for most of them - I hope they found success in their lives whatever they ended up doing.

PAINTED FACES provides a unique insight into a way of life that is probably lost forever, but with a reminder that every ending is a new beginning, when one door closes another opens and all that. Whilst it is doubtless romanticised it does offer a window into the years of hardship and perseverance that would eventually lead to the creation of some of the world's greatest action films.