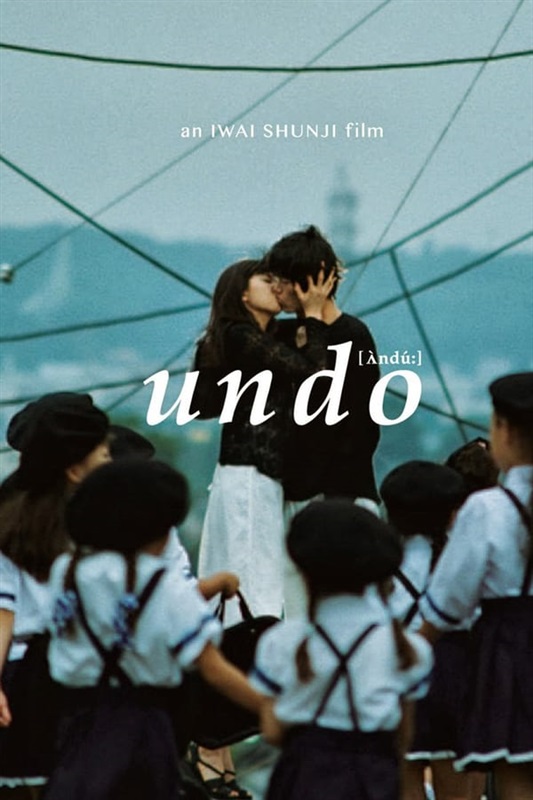 A young couple are living together happily in a small apartment, but after a small change a space starts to grow between them. The woman starts tying things around the house up with string, small things at first but then progressively larger and more things. A psychiatrist diagnoses her with Obsessive Knot-Binding Syndrome.

This early short was one of a series Shunji Iwai made for Fuji Television before his feature length debut Love Letter. It's a cryptic, surreal experience which starts as one thing but ends up being quite another, darker thing. IMDB has it classified as "Drama / Romance" but I'm going with "Horror" - this either means I am bad at relationships or IMDB didn't watch it to the end. Probably both.

There are only 3 actors in the film, and at most 2 of them are on screen for most of it (Tomoro Taguchi appears briefly as the psychiatrist). Etsushi Toyokawa is good (if a bad boyfriend) but it's Tomoko Yamaguchi who really sells the film with a performance that shifts from young girl in love to young woman haunted by the realisation of love's impermanence.

The film's metaphors are not too difficult to parse but not simplistic, there's no neat conclusion with a metaphorical cutting of the knot or anything like that. Unravel might be a more appropriate name than Undo.

The cinematography is superb, featuring the over-exposed bloomy look that is a Shunji Iwai trademark married to some stunning compositions to make a very aesthetically pleasing film. It seems to be shot on actual film too (16mm at a guess), despite being funded by a television station. The soundtrack from Remedios is thankfully quite minimal, knowing when to back off and let the camera do the talking.

At 45 minutes long the film is probably too slight to be a classic but it is definitely worth a watch if you've enjoyed Shunji Iwai's more famous films. It shows a film maker with a vision that is already quite mature.