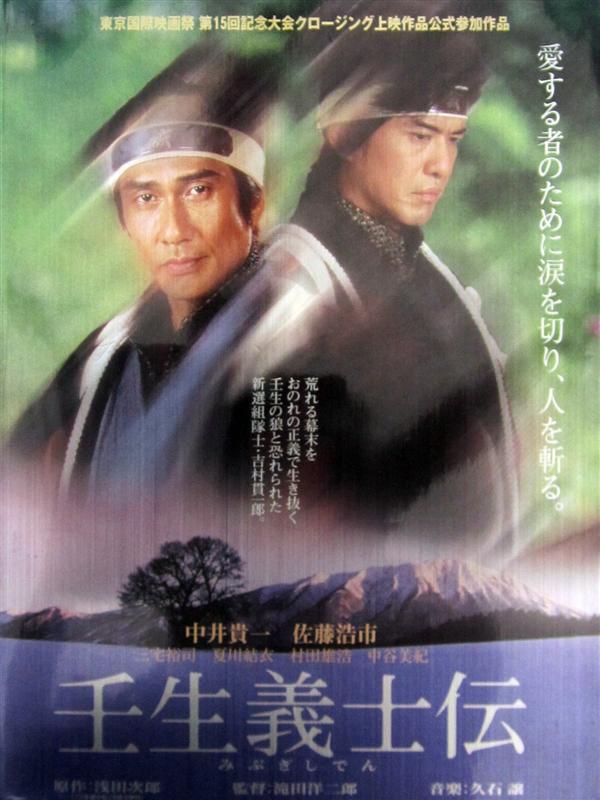 After watching The Last Samurai, I was inspired to check out two recent Japanese films focusing on a similar time period, THE TWILIGHT SAMURAI and WHEN THE LAST SWORD IS DRAWN. It's interesting comparing the Japanese perspective of the Samurai with the Hollywood perspective - TLS romanticises the people and lifestyle far more than the Japanese films, though WTLSID is more misty-eyed than TWILIGHT when thinking about those Samurai whose world had left them behind.

Both Japanese films are much more character driven than THE LAST SAMURAI, representing the Samurai as much more human and complex people, and also giving a much less simplified view of the sociopolitical conditions of the time (though in both films the social conditions are much more in the background).

Of the three films, I think I enjoyed WHEN THE LAST SWORD IS DRAWN the most. The characters, acting, action, cinematography and soundtrack were all top notch - and though the end of the film is dragged out too much, it is very moving. I think all three films deserve to be seen though.

I find it rather tragic that THE LAST SAMURAI is sure to play in every mainstream theatre in Japan, but Twilight Samurai and WHEN THE LAST SWORD IS DRAWN will be lucky to play a couple of festivals and maybe a short art-house run in the US, with an R1 DVD likely to be years off if it comes at all. Those that have the bravery to check out the import DVDs for the Japanese films will definitely benefit from the experience, though!

It's hard to believe that this is from the same director as the truly awful ONMYOJI! WTLSID is an almost infinitely better film.