Directed by
Genre
One of Miike's least plot-driven film 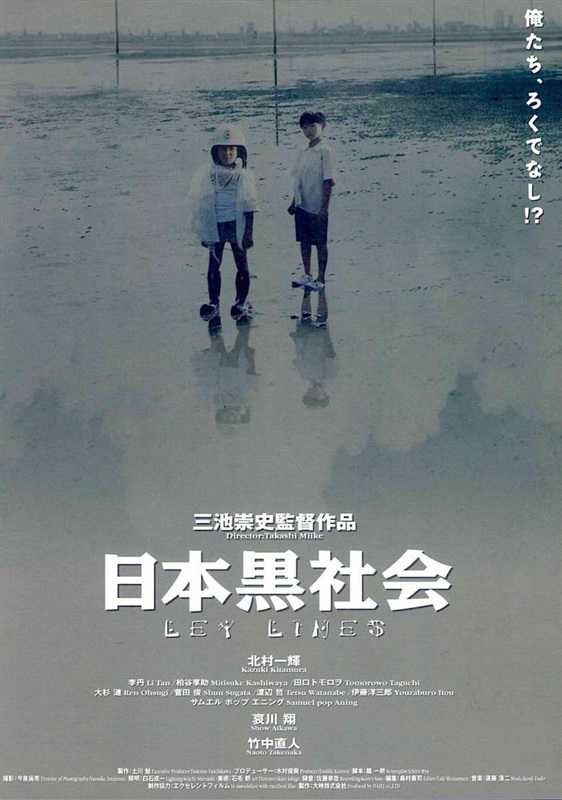 Three young men of mixed Chinese & Japanese ancestry decide to leave their small home town for Tokyo, hoping to make it big or at least have some fun. They get involved with some petty crime, get beaten up, befriend a Chinese prostitute and eventually hatch a plan to pull off a heist big enough to allow them to leave Japan.

This is one of Takashi Miike's least plot driven films, which is quite a high bar. For much of the film there is no obvious direction to the things that happen but they paint a picture of the characters and their world. It's quite far in before it starts to coalesce into a discernible narrative. This is not uncommon in Miike films from this era, but LEY LINES is amongst his most straightforward dramas. There are a couple of WTF moments but for the most part he sticks to character-driven drama.

LEY LINES is supposedly part of a trilogy with Shinjuku Triad Society and Rainy Dog. I don't know if Takashi Miike actually intended them as such or they were retroactively decided to be one. They all tell stories of people in a foreign environment and deal with Chinese gangsters in some form, but so do other Miike films.

This one is middle tier Miike for me. It's a well crafted film that draws us into its characters lives and lets us feel what it's like for people on the fringes of Japanese society for a while, but lacks a strong hook to make it stand out so it's not one of the more memorable experiences his films have delivered.