Directed by
Genre
Tries too hard to confound the audience 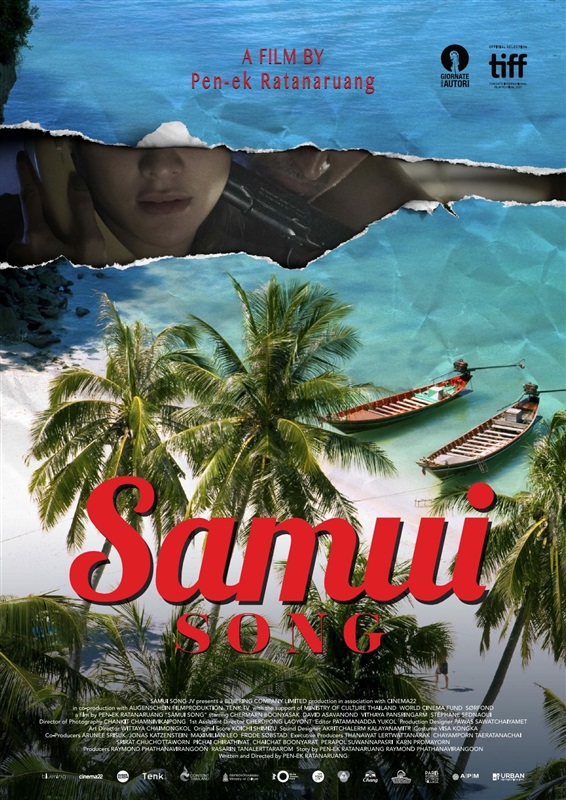 A Thai actress is married to a French millionaire and living in luxury but their marriage is mostly loveless, especially since her husband has fallen under the influence of a pseudo-Buddhist cult. She meets a darkly handsome man who implies that her husband could be made to disappear, for a price, and after an unpleasant encounter with the cult leader she decides to take him up on the offer.

SAMUI SONG is a frustrating film, taking what could have been a straightforward thriller and subverting it with arthouse inscrutability. I guess that's kind of Pen-Ek Ratanaruang's modus operandi, but it gets in the way of the story here as the viewer spends too much time thinking about the film as a film that exists in the world rather than the world that exists in the film.

This does produce some of the film's best moments, such as a scene where Vi tells her agent she wants more substantial roles and is told she should probably stick to the bitchy soap opera characters she's known for (as is Ploy Boonyasak) and that the arthouse director she expressed an interest in pays peanuts and makes boring films anyway - then goes on to describe falling asleep whilst watching what is clearly Invisible Waves, and not feeling like she missed anything. 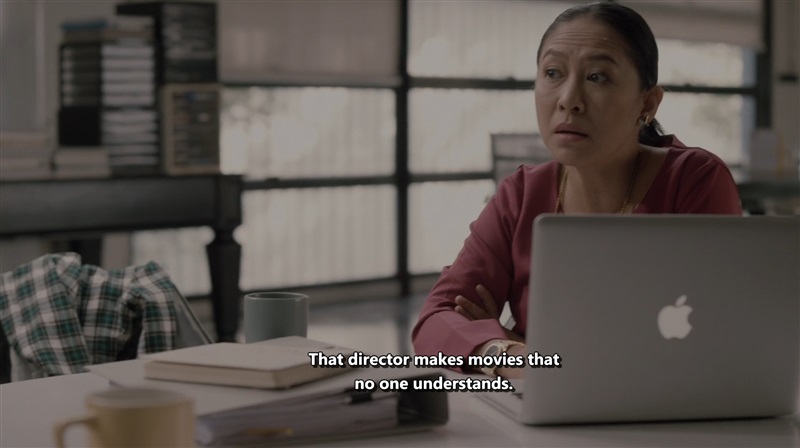 At other times though the film seems too intent on thwarting audience expectations, but in a self-conscious way that feels like we've been cheated rather than cleverly played. Towards the end the film abruptly shifts to the island of Koh Samui and we're dropped into a story with a completely different cast and characters. It does eventually tie in to the rest of the film, and even gives the film its ultimate meaning (and name), but the way it's done feels too much like a director determined to pull the rug out from under the viewer.

As with INVISIBLE WAVES I wish that Pen-Ek Ratanaruang would let himself give in to the genre elements in his films that he clearly loves, even if he's embarrassed to show it. At least here they are largely left in the film, rather than being exiled to only exist in the trailer, but we're never allowed to get comfortable for long before something happens to break the immersion.

It feels like he is forever caught in the shadow of Last Life in the Universe, the film which propelled him to international recognition, but is trying too hard to recapture something that doesn't come naturally. I wish he'd go back to making films like 6ixtynin9 and Monrak Transistor that managed to be subversive without needing to treat the viewer as an antagonist to be conquered.

SAMUI SONG could have been great, all the ingredients are there for an exciting thriller that still has something to say about Thai society and the position of women, they just needed to be put together without worrying so much about being perceived as an auteur.