Directed by
Genre
Flaws aside, it's an impressive movie 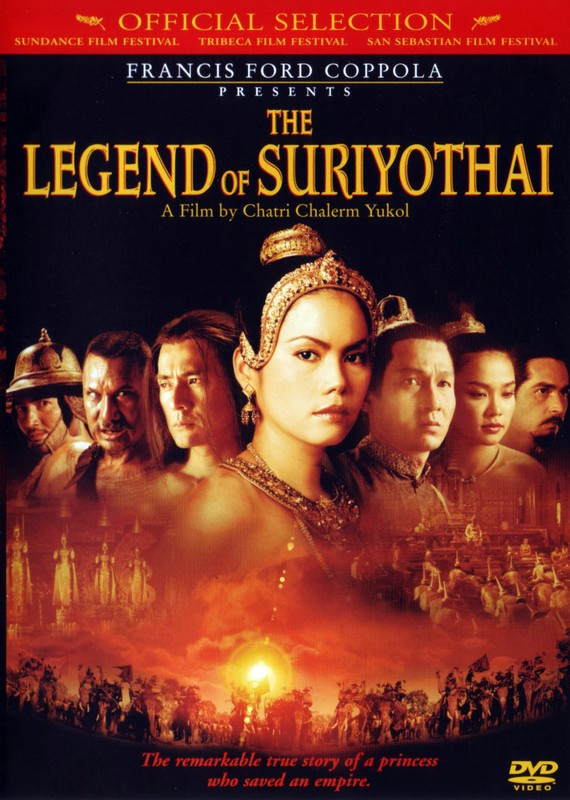 Suriyothai is Thailand's latest (only?) entry in the 'historical epic' genre, and the biggest/most expensive movie in Thai history. Given that most of its 185 minute running time is taken up with battle scenes featuring seemingly millions of extras along with all the elephants and cannon fire, I can well believe it cost a lot of money to make. Rumour is that about 8 hours of footage were originally shot for the movie, which also seems very believable because even at 3 hours the movie feels over-edited.

It presumably doesn't help that I had no prior knowledge of the characters or the period of Thai history that the movie covers, so I was struggling to keep up with who was who and why they were doing what they were doing for a lot of the run time. It spans some 25 years of turbulent history (1725-1749 I think), which is most of the life of a princess called Suruyothai who is apparently an icon for many Thai people. Condensing 25 years into 3 hours obviously requires quite a lot of detail to be edited out, and Suriyothai does feel very episodic. Characters are introduced, plots and intrigues are established and then without further ado resolved (usually with a big fight). I would have liked to have seen these elements further developed, even if it was at the expense of the battles. Because I was never 100% sure why people were fighting, I didn't care for the results as much as I did in Musa or Asoka.

True, the battles in SURIYOTHAI are astonishing - vast armies of people have at each other with a mixture of good old swords, spears and bows and the new muskets and cannons that were beginning to be introduced to Thailand by way of Portugal and China. Oh, and elephants! Elephants are such cool creatures - along with Crocodiles they are our closest link to the dinosaurs that by all rights should probably be the creatures who are now making movies and writing reviews for the internet. Big creatures, and not a little mysterious. The scale of the fights (of which there are a lot) dwarfs those of MUSA or even ASOKA - I cannot imagine how many people were involved in their production. Despite the scale, I don't think they have the same impact as the Korean and Indian efforts. Part of this is probably because the fights mostly occur between nameless soldiers whose deaths and wounds you don't care too much about. People do die in enormous numbers though, entire fields end up soaked in blood, which also often covers combatants head to foot by the end of the fight. There's some quite gruesome deaths in there too - special effects for people getting pierced by various sharp pointy things have really come a long way in recent years, to the point where they're sometimes unnervingly convincing. SURIYOTHAI's gore is not up to the same level as MUSA's, though there were a couple of decapitations that made me jump.

Apparently Francis Ford Coppola intends to bring Suriyothai to the US. I can't help but feel dread at this prospect. I am far too afraid that he will follow the practise that Americans seem compelled to follow when they get hold of Asian movies - i.e. cut it to shreds. Cutting 30 minutes out of MUSA for the 'international cut' almost ruined the movie. Cutting any more out of a movie that already feels a little skeletal can hardly be expected to help. If he cuts footage *back in* then he might be doing the audience a favour, but upcomingmovies.com reports that Variety reports that he's planning to trim it to about 150 minutes Thanks, Mr Coppola, I'm sure you're doing us a great favour there! .

I do wish Suriyothai had been edited a little differently though - certainly it could have benefited from being edited less, but even with the 3 hour time I think the editing could have helped to make the story flow more smoothly. People who have a good knowledge of Thai history (e.g. Thai people I presume) probably won't be as confused as me by the movie, but even still I think the narrative could have been better presented. Perhaps some of the subplots and details could have been sacrificed in exchange for a richer development of core events.

Flaws aside, it's still an impressive movie though! If you enjoyed MUSA and ASOKA, you will probably like Suriyothai too.