Directed by
Genre
Will have to watch it again, might have been in the wrong mood 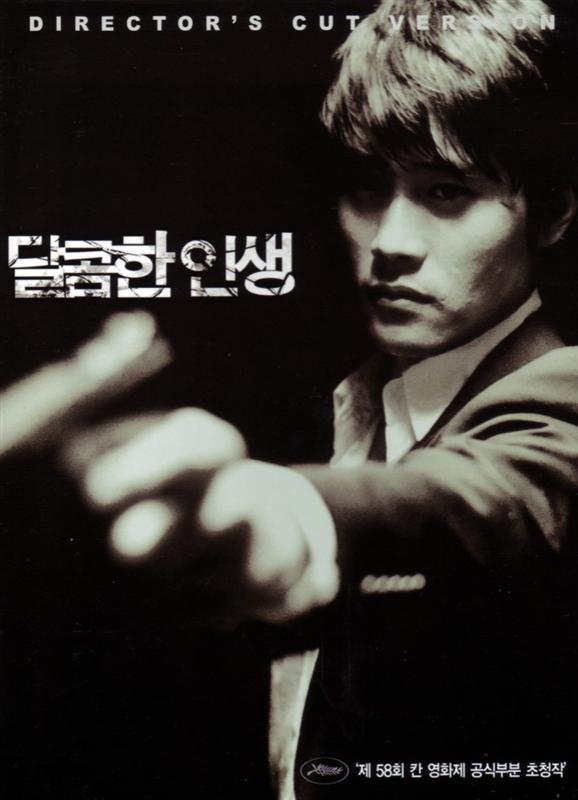 New York times reviewer Manohla Darghis seems to feel that Asian cinema is carrying out a personal assault on her sensibilities with a movement she dubbed "New Brutalism", with OLDBOY being the poster child. I hope for her sake she isn't made to review A BITTERSWEET LIFE, because I'm not sure she'll be able to find words enough to express her offense at the gratuitous brutality in the film. For *my* sake, I hope she is forced to review it repeatedly, because she pisses me off and I want her to suffer. It's probably exposure to all this New Brutalism that makes me so anti-social.

Kim Ji-Woon is another Korean director who seems determined to make each film totally different from his last, and thus far he is succeeding admirably. I thought that A Tale Of Two Sisters was brilliant, and I'm not normally a horror fan, so I was very much looking forward to his "stylish, violent noir-ish gangster film". Unfortunately it didn't impress me nearly as much. It is definitely stylish and violent, and a gangster film, but it left me pretty cold. The plot is reminiscent of multiple Yakuza films, but executed without the melodrama or machismo you'd expect from one. Stylistically it reminded me of some of Johnnie To's work e.g. A Hero Never Dies and Fulltime Killer, but lacking the playful genre deconstruction or charismatic characters of To's better work.

The problem with the film, in a nutshell, is that I never gave a damn about any of the characters, or understood them even. People's actions didn't seem to elucidate any deeper character traits or developments, and whilst there was a very straightforward sequence of causes and effects, there wasn't a particular theme that tied them together up until the very end, when the basic message of the film is expressed in a simple parable. The theme didn't seem to run very deep though, and didn't give me as a viewer much if any cause to reflect on it during the running time.

Of course violence is never unwelcome, but I actually found myself thinking "that's just gratuitous" more than once in the film - and not in a good way. I don't quite understand it myself... it's almost as if I'd rather it had been... less violent? Weird.

The film is very nicely shot, of course, and lives up to the stylish label, but it could even have been pushed a bit further if that was one of the aims of the exercise (see Johnnie To's AHND for reference). There are a few places where the camerawork over-stretches itself though - particularly odd are some action scenes where the camera seems rigidly attached to the protaganist for a shot.

I expect that my expectations were probably too high, or just wrong, and that I can't put all the blame on the film for my not enjoying it. I'll watch it again some day and see if it works better when I'm not expecting something else. I actually wish they'd gone for a more full-on action film, since they wanted to do things with style and violence. Then the fact that I didn't connect with or understand the characters wouldn't have mattered so much, perhaps :p