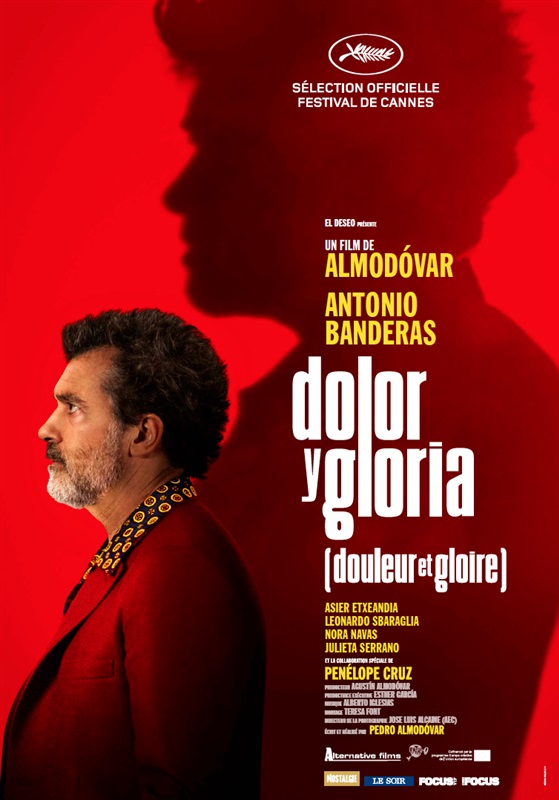 It's been just over a year since I first saw PAIN AND GLORY, and found it difficult to assess my feelings about it. Since then I've watched or rewatched every other Almodóvar film - which helped prepare me to fully appreciate what is obviously Almodóvar's most personal film on second viewing.

Antonio Banderas is simply incredible as the Almodóvar-esque film director Salvador, gradually coming to terms with growing old. Despite the chronic pain he suffers, the ultimate theme of the film is acceptance and reconciliation.

I don't think the film should be treated as literally autobiographical, but there was clearly a lot of inspiration drawn from Almodóvar's own life.

Almodóvar is an important film-maker for me personally, since What Have I Done To Deserve This? was the first subtitled film I saw and was largely responsible for me becoming interested in cinema at all. It's also quite likely that if I'd never seen an Almodóvar film I wouldn't now live in Spain!

From the anarchic provocations of his early films to the richness and sophistication of his later work he has defined the term "auteur". A unique voice and talent.

Watching PAIN & GLORY again in the full context of Almodóvar's filmography confirms what I suspected on first watch - it's another Almodóvar masterpiece. Multi-layered and nuanced, the culmination of a life in art.