Directed by
Genre
Another unique film from Sabu 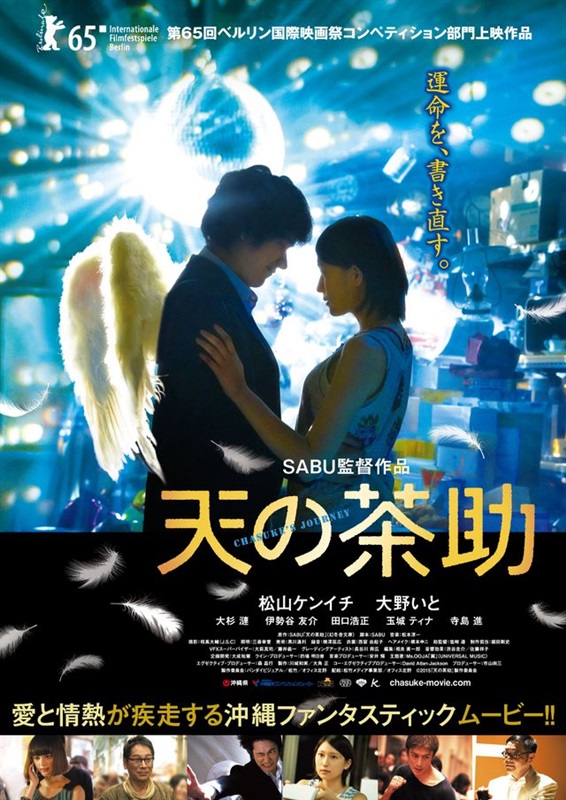 The tea boy in Heaven's writers' room goes down to Earth to try and save a girl whose death has been written as a minor plot point in somebody else's life story. He realises that since nobody is writing his story he is free to write his own, apparently even if it affects people around him.

Sabu's films often deal with characters whose lives are buffeted by fate, though he's never literally had the fates writing their lives before. Apparently the tight deadlines and occasional cryptic directions from On High often see them resorting to hackneyed and derivative storylines. Once Chasuke realises he has the power to do something he feels compelled to give people better stories - or at least less cruel.

After a relatively upbeat beginning the film takes some surprising turns in the second half as the Heavenly Writers try to take back control of stories Chasuke has disrupted. This takes it to some darker places, perhaps foreshadowing his next film Happiness - though nothing here is quite as bleak or hopeless as that ironically named work.

CHASUKE'S JOURNEY is one of Sabu's most visually stunning films, with some genuinely dazzling cinematography. Coming after the also visually stunning but noticeably monochromatic Miss Zombie, I guess Sabu must have missed colour as he splashes it across the screen with gay abandon.

Kenichi Matsuyama is an affable lead - his performance doesn't differ much from the one he gave in Usagi Drop but it serves its purpose. Ren Osugi, Yusuke Iseya and Ito Ono are great in the supporting roles, giving the film a bit more dramatic and comedic heft, and there is a very welcome and amusing appearance by Susumu Terajima.

This also appears to have been Tina Tamashiro's first film - she isn't in it for long but she's got a face you won't easily forget.

I've said it before and I'll say it again now - Sabu is probably the best director whose films you've never seen. Nobody else makes films like him, and few make them so well. In this case he even wrote the novel of the same name on which it is based - as far as I can tell it's his first and only novel, and I would love to read it.

Obligatory lamentation that this film is harder than it should be to see, though at least the Japanese bluray comes with English subtitles. Still waiting for that deluxe English-friendly Sabu box set that will finally see him get the recognition he deserves in the UK & US.