Directed by
Genre
Not quite as impressive as I remembered, but still pretty cool 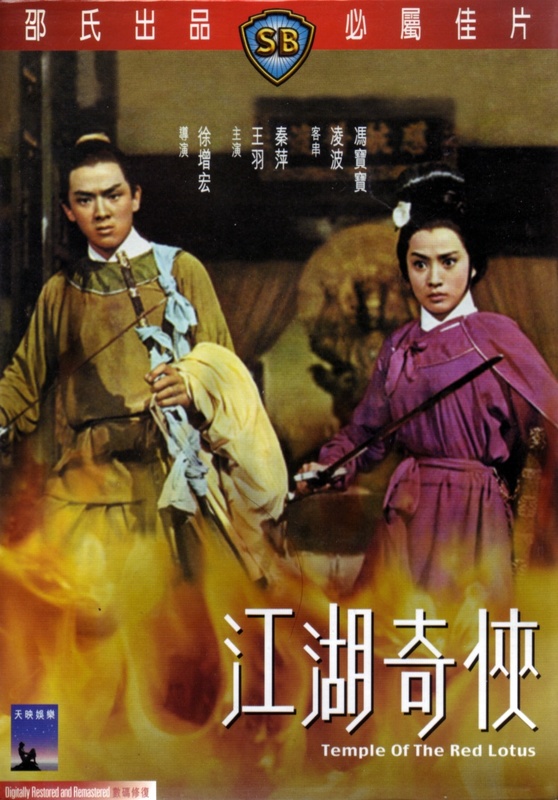 As the Shaw Brothers' first wuxia film it's surprising how fully formed TEMPLE OF THE RED LOTUS is. I haven't seen enough of its antecedents to know how much it innovates but it was apparently the first to be filmed in colour, so on that alone it must have been a minor revolution - it sure is mighty colourful.

As the first film in the Lady In Red Trilogy it's curious that the Lady In Red only appears briefly, and even the Temple Of The Red Lotus don't get much screen time in a film named after them. Got to call things something though, I guess.

There is an episodic quality to the script that suggests it picked a handful of incidents from the source material to string together into a plot, which makes it feel a little disjointed... there's not so much a narrative arc as a narrative squiggle. Each part is interesting in its own right though.

It's amusing what a wet drip Jimmy Wang Yu's character is - he supposedly trained for 10 years to avenge his parents' death prior to the start of the film, but gets knocked about by pretty much everybody he encounters - if it wasn't for his childhood sweetheart Chin Ping repeatedly saving his ass he'd be a red smudge on the floor when the end credits rolled (indeed well before).

There is no credited action choreographer for the film, despite it being quite action packed. A glimpse of Lau Kar-Leung as one of the temple goons suggests he was probably running the show in practise, but perhaps it was just a case of everybody mucking in.

It's easy to see why it is Come Drink With Me and One-Armed Swordsman that are remembered as the films that launched the wuxia genre, they're much more skilfully crafted examples of the genre, but TEMPLE OF THE RED LOTUS does have a stronger claim to the title, really.