Directed by
Genre
No doubt about it, a classic 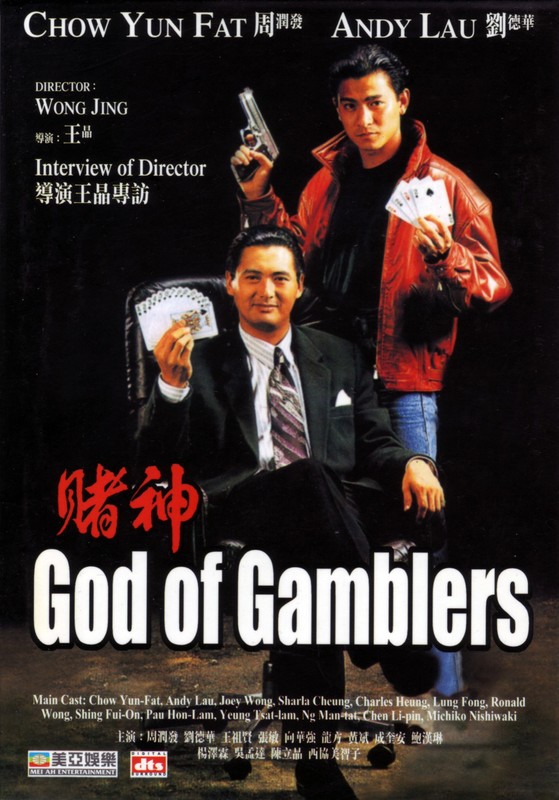 In a long career, Wong Jing has been involved with many distinguished productions - not always distinguished for good reasons, of course. The original GOD OF GAMBLERS is undoubtedly the highlight of his career though, which is no shame for him as it is in many ways the quintessential Hong Kong movie.

Basically an attempt to tap into some of John Woo's success, Wong Jing takes Woo's stylishness and melodrama and applies it to the gambling genre, clearly a personal favourite for him. The result is a 2 hour movie that has such a lot going for it - action, drama, comedy, more drama and those wonderful gambling scenes. The first time I saw it I also felt that the middle section lagged, as it doesn't really fit the action-packed spectacle that the trailer promises. Knowing what to expect going in makes it much easier to appreciate the movie as a whole, though - in fact I've enjoyed it more each time I've watched it I think.

There are a couple of sore points - the racist treatment of the Indian character, and the casual disregard for Cheung Man's well-being. And the fact that Andy Lau's character is such a shit at the start I guess... what on earth was he doing with a babe like Joey Wang? Beyond this though is a tale that rings fairly true, and is quite touching. The characters are mostly well developed, and there is a basic message of redemption behind it all.

The main things that will stick in the mind after viewing the movie are the action scenes though - whether it's the well choreographed Woo-style gunplay, or the equally stylish and suspenseful action at the card table. One of the few gambling movies where a non-gambler like myself can easily follow the games, too :D

The success of the movie at the Hong Kong box office has rarely been matched, ample evidence that Wong Jing managed to produce a movie that touched the right spots of the audience more than ever. And hardly anybody gets raped in it, too!