Directed by
Genre
Hits way harder than I was expecting 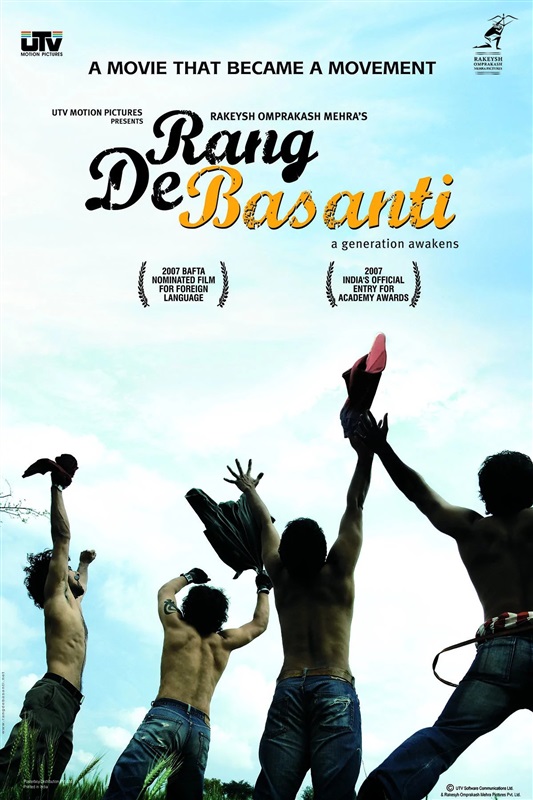 A British journalist spends two years planning a docudrama about Indian revolutionaries fighting the empire, based on her grandfather's diaries, only for it to be cancelled at the last minute. She gets on a plane to India anyway, determined to make the film even with no budget and no resources. Her friend in Delhi introduces her to some students and she persuades them to act in her film, but they can't relate to the characters they are playing and think they wasted their lives.

As they become more involved in the project they start to see parallels between the oppression of the British empire and corruption in modern day India, and begin to respect those who laid down their lives to fight for the country's freedom, eventually becoming inspired by the notion "be the change you want to see".

This is another film whose A.R. Rahman soundtrack I've listened to for years but never watched, and I wasn't expecting it to hit anything like as hard as it does. It starts off as a slacker comedy, with the British journalist discovering that the modern Indian youth are apathetic and disillusioned, convinced that the country is irredeemably corrupt and there is nothing ordinary people like them can do about it. They drink, flirt and joke around and consider notions like "patriotism" to be outdated and naïve.

The fact that it takes a British girl to teach them about the country's history and kindle a sense of national pride in them is a nice touch, adding nuance to the film's politics, and it contrasts effectively with the depiction of Hindu nationalists who talk about patriotism but seek to gain power by spreading hatred and division.

When the group finally decide that it's up to them to do something the film takes some unexpected turns and things escalate quickly.

RANG DE BASANTI won all kinds of awards, and inspired something of a reaction in Hindi youth, sparking increased political engagement and activism. It's an impressive piece of cinema, not necessarily perfect but powerful, one that's not likely to be quickly forgotten once seen.