Directed by
Genre
Not clear what purpose this serves 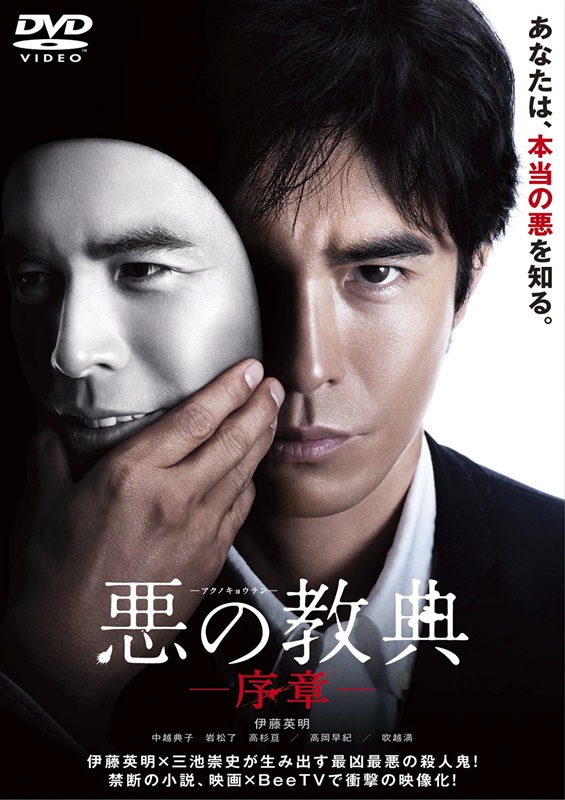 Lesson Of The Evil: Prologue is a 4 episode miniseries that was aired in Japan a few weeks before the film Lesson of the Evil was released. It does feel like the film is missing some back story to give Hatsumi's actions a context, so I assumed that was what the prologue does.

That is sort of the case, but... not exactly. Other than a few brief flashbacks to Hatsumi's time as a stockbroker in New York, Prologue takes place when he's already teaching at the school, seemingly in the same school year. Some of the main characters from the film are MIA, i.e. those played by Fumi Nikaido, Shota Sometani and Erina Mizuno, but some of the minor characters from the film have a bigger role here and we get some brand new characters and subplots.

spoilers for Lesson Of The Evil ahead

There's still no "this is why he's like that" moment for Hatsumi. The hints of his childhood given in the film are not expanded on at all, but there are fresh incidents that reveal more of his character so it does make it easier to understand what's going on in his head in the film... but it doesn't seem to be anything more than that he's a sociopath, for some reason.

It's not quite clear what the Prologue is intended to achieve - learning more about Hatsumi's character helps flesh out the motivation for his later actions, but in the process we learn that he's a scumbag, which we're not really supposed to know for the first half of the film.

As such I don't think I'd recommend watching Prologue before the film, even though the unit "Prologue + Film" does feel more complete.

Whilst watching this I thought that it was directed by Takashi Miike, but apparently he was only the producer and some random guy directed it. There is definitely a difference in quality and tone between the prologue and the film, but I put that down to a smaller budget (and perhaps a less capable cast).

It's clear the film and the prologue were shot separately (I wonder which was first?), but it does raise the intriguing idea of the whole thing having been produced as a series. If it played its cards close to its chest, let you believe Hatsumi was the good guy even as it gradually started to reveal his flaws... just imagine the impact that final episode would have when it dropped!