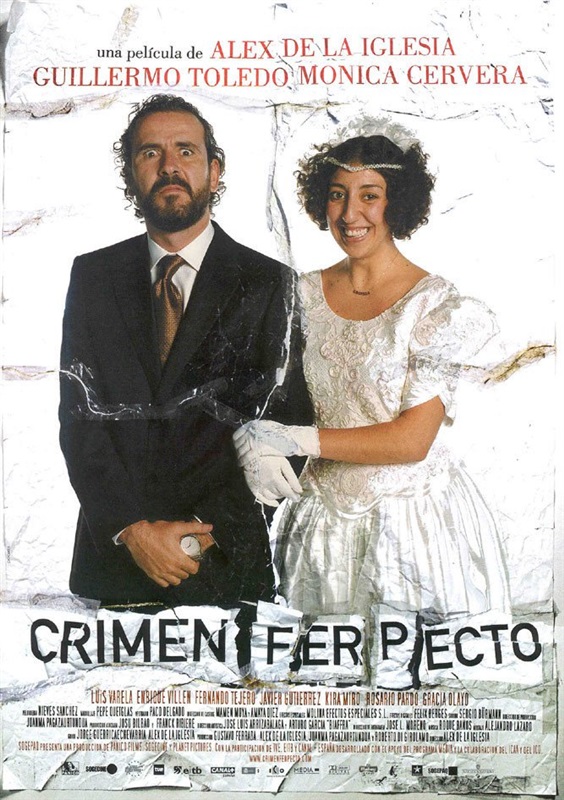 Rafael is an unrepentant ladies man who runs the women's clothing section in a department store. When the officious head of menswear, Don Antonio, wins the job of department head that they were competing for he is unwilling to accept the result. An opportunity arises for his rival to disappear and Rafael takes it, but the crime is witnessed by the ugliest of his employees who agrees to help him cover it up if he takes her as his (only) lover.

CRIMEN FERPECTO mines fairly similar territory to films like LA COMMUNIDAD (secrets, rivalries and suspicions in a closed community) and Muertos De Risa (collegiate rivalry escalating to absurdity), resulting in a black comedy that's relatively lightweight and accessible by Iglesian standards but still clever and funny. Alex De-la Iglesia specialises in lowlife protagonists and his view of people is definitely misanthropic - but affectionately so, if that makes sense. The characters may be scum, but he somehow makes us root for them anyway.

CRIMEN FERPECTO suggested that De-la Iglesia had matured and mellowed since the days of Acción Mutante and Perdita Durango, but that his wicked sense of humour remained intact, and his more grounded films perhaps provide more rounded entertainment for not trying so hard to be "out there". Subsequent films like THE LAST CIRCUS and Witching & Bitching saw his more manic and transgressive instincts return, but maybe benefited from his dabbling with these more down to earth films in between.

CRIMEN FERPECTO doesn't reach the same highs as his best films and is perhaps a bit formulaic, but there's still fun to be had with it.