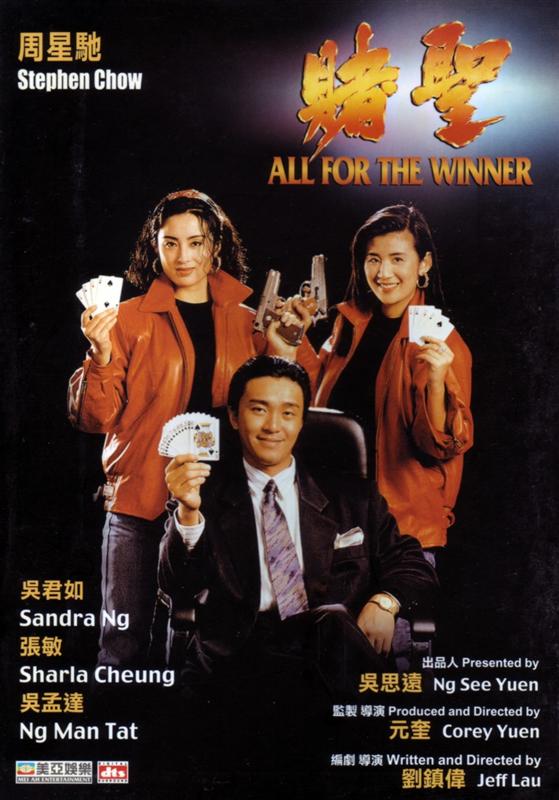 Having seen all the various sequels and spin-offs from this movie, I figured I'd pretty much seen the movie. Surprisingly, it still seemed like a very fresh viewing experience and kept me on my toes throughout. The most remarkable thing about the movie is how much like a Stephen Chiau movie it is. Now since it is a Stephen Chiau movie, that shouldn't be all that surprising, but given that it was the first "real" Stephen Chiau movie I was surprised how fully formed his style was. The presence of Ng Man-Tat for the first time is perhaps the main factor that makes this a "real" Chiau film, and their chemistry is as good here as in anything they've done together. It felt like they'd been working together for years already, with just the right understanding of timing and delivery to complement each other.

The movie is, as everybody presumably knows, a parody of God Of Gamblers - with a little bit of Bruce Lee thrown in too. It's a well developed script, with a lot of surreal/absurd comedy along the way, but also a strong story and dramatic tension. There's a couple of decent action scenes thrown in too, with Cheung Man looking particularly nice holding a gun here. The gambling scenes don't quite have the flair of the original God Of Gamblers, but they're pretty good. I have to agree with the objection reviewer Peter Napsted raised though - we are asked to cheer for our heroes even though they blatantly use supernatural powers to cheat at the table, when "bad guy" Paul Chun is apparently doing his best to play fairly!