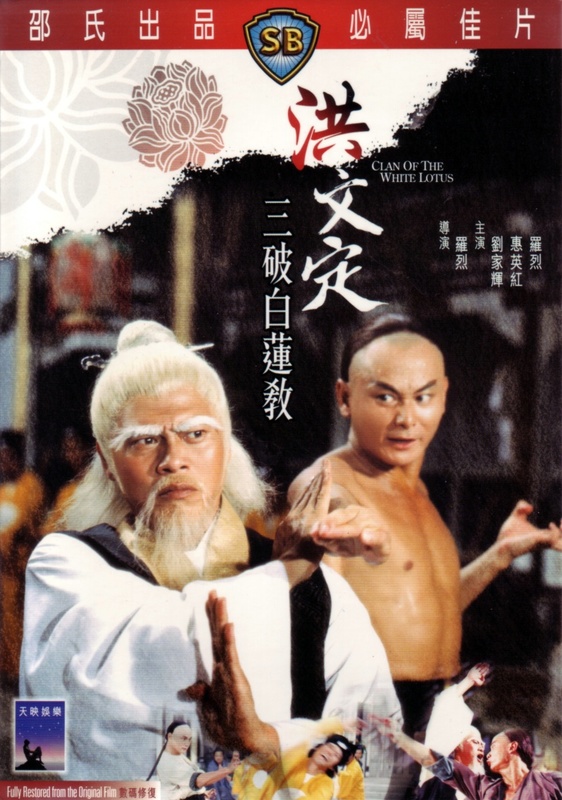 Lo Lieh used the old twin-brother trick to essentially reprise his role as White-Browed Priest Pai Mei in this self-directed sequel to Executioners From Shaolin. Lau Kar-Leung is back as action director rather than director this time, and Gordon Liu is back as the Shaolin rebel who must learn new skills to take revenge. Luckily Kara Hui is on hand to teach him.

The film is far better than EXECUTIONERS, and a rightly heralded classic. Gordon Liu gives another fantastic performance (the fact he has never won an Oscar is proof enough that the awards are a sham), but the film is owned by Lo Lieh in his quintessential role as Priest White Lotus himself. Pai Mei is a wonderfully sporting bad guy... each time Gordon turns up to try his latest style, the chief kicks his ass then says "Not good enough, you need to work on this" and sends him away to practise more :p

The film falls short of a full 10/10 because the camera work is sometimes a little unambitious, and because it's probably fair to say that its appeal won't carry over to those that aren't already fans of classic martial arts films (whoever those poor people may be!).

Be warned, however, that Celestial have done their best to ruin the film with an atrocious sound remix (both the Cantonese and Mandarin soundtracks), and they very nearly succeed :( I really hope that somebody manages to release it with original mono, but I presume this is one of the 50 films Miramaxe bought the rights to (being a favourite of Tarantino) outside Asia, so chances are we'll never actually see it released :-/