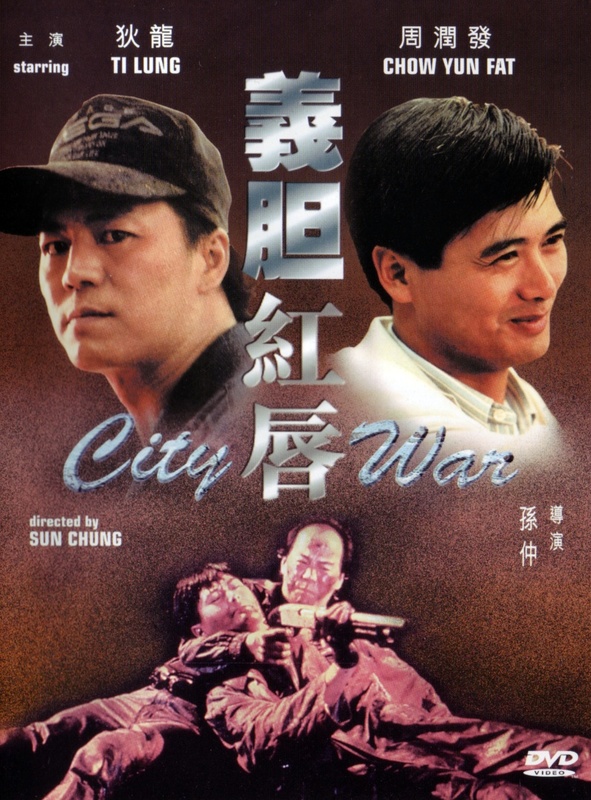 Chow Yun-Fat and Ti Lung team up as buddy cops with the usual hot-headed rule-breaker vs. calm and collected relationship (though which actor gets which character is arguably surprising) when a rather nasty villain imprisoned by Ti Lung 10 years earlier is released and is still - understandably - annoyed about having his balls shot off during his arrest, and thinking of vengeance. More stock characters are produced, e.g. the police commander who seems more concerned with the criminals' well-being than letting good cops break any law they fancy in the pursuit of enforcing them (the film's major message, if there is one).

Given the leads and the cops vs robbers genre it's tempting to think "Yay, more A BETTER TOMORROW", but CITY WAR just serves to emphasise how good John Woo actually is as a director, by failing to be anywhere near as good as ABT. The story suffers from characters acting stupidly and implausibly, leading to a general lack of care for their welfare because everybody invariably deserves whatever mishaps befall them. Chow Yun-Fat has evidently been instructed to 'add some character' by being a bit quirky, but completely fails to deliver a role as memorable as Mark from ABT. No amount of quirkiness can really cover for a poorly written script.

There's a couple of scenes of gunplay which are suitably over the top, but totally lacking the choreography and cinematography of Woo's better films, and therefore much less interesting or exciting.

I've watched the film 3 times now, and each time I want it to be good... feel that it should be, and maybe I'm just missing something. Sun Chung has delivered some solid films for Shaw Brothers before, but he definitely doesn't deliver here. I am finally forced to conclude that it is, simply, not a very good film.