Directed by
Genre
One of the classics 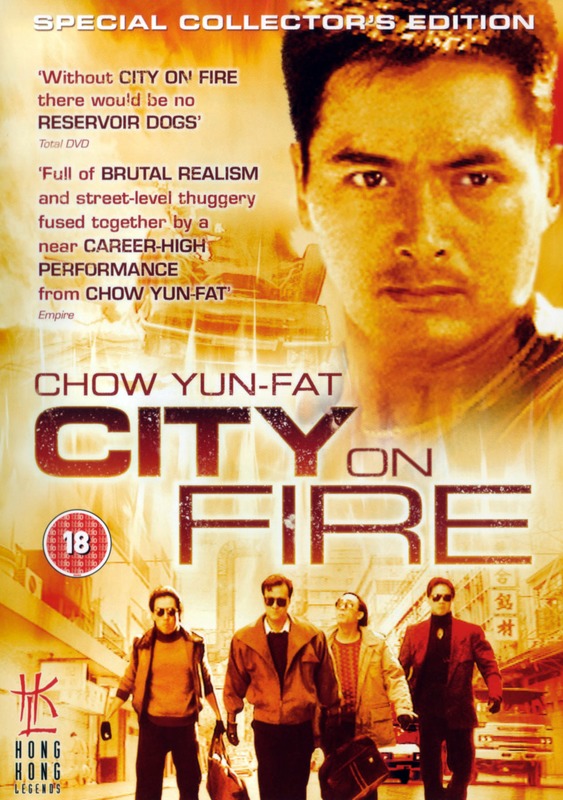 I first saw CITY ON FIRE as part of a double bill, directly following RESERVOIR DOGS. In retrospect this was definitely the wrong order to show the films in, as RD set up certain expectations for COF that it could not and would not meet - specifically that the two films would have _any_ similarities outside the plot and some specific shots. The two films are very different in tone and focus, and coming right after RESERVOIR it's inevitable that COF would feel dated and a bit naive. If you go in looking for pop culture referencing cooler-than-thou gangsters and black humour, COF will certainly disappoint. What it does offer is a gritty, nihilistic and frankly depressing crime story and a fantastic Chow Yun-Fat performance.

It's interesting to compare Chow's character in CITY ON FIRE to Tequila in Hard Boiled - the two are almost polar opposite visions of undercover cops, and it illustrates the difference between John Woo and Ringo Lam very well. Tequila is a cop who lives purely to bring bad guys to justice, his single-minded pursuit having no concern for his own life or that of innocent bystanders and colleagues, as long as the bad guys meet justice. In contrast, Chow Ko is a reluctant undercover who is haunted by his betrayal of the criminals he has befriended and then turned in, who really just wants to have a normal life with his fiance (Carrie Ng in her first lead role). Woo's film paints his world in extremeties of black and white, whilst Lam's world is much greyer and murkier.

What HARD BOILED and CITY ON FIRE have in common is that they showcase Chow Yun-Fat at his charismatic best, giving the kind of performance that made him an Asian superstar. His character runs through a wide range of emotions, and Chow makes them all work. Danny Lee also gives one of his better performances in this film, playing on the opposite side of the law for once in his career :p

Andrew Lau served as cinematographer for the film, and the result is suitably slick and stylish, though the film is obviously meant to be a lot grittier than a Woo film, so there are far less shots of gratuitous slow motion and spurious religious symbolism. The action in the film is also a lot grittier - just raw pain and suffering, with no attempt to make it look "beautiful". There's no question that HARD BOILED is better as an action film, but that's not what CITY ON FIRE is trying to be.

I can't really offer any criticisms of the film - a great story, script, direction & acting. It doesn't have the witty dialogue or "hipness" of RESERVOIR DOGS, or the melodrama and adrenaline of HARD BOILED, but if you're not expecting it to be (and comparing it with) a film that it's not, it's a very satisfying piece of Ringo Lam, and one of the HK classics.