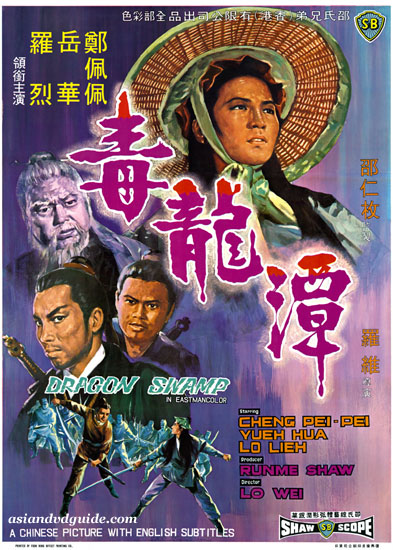 Lo Wei was never a great director, but he was at least consistently mediocre with a knack for surrounding himself with real talent and imitating his superiors. DRAGON SWAMP is another attempt to borrow some of the success of King Hu's films, with a bit of Chang Cheh influence as spice. Cheng Pei-Pei plays two roles in the film, and is adorable in both. Lo Lieh also gets one of his best early parts, and Yueh Hua's presence is always welcome - even if this role isn't one of his best moments. The film is undoubtably the best Lo Wei work I've seen so far - though this has little to do with his direction, which is pedestrian, and everything to do with the strong story, great cast and beautiful production design.

And it has real dragons!