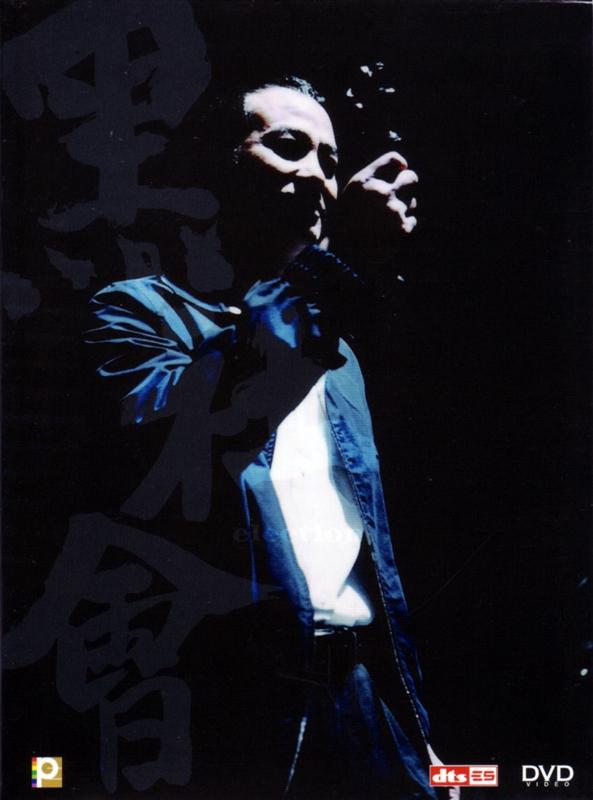 I'm not sure what to make of this film after a first viewing - Johnnie To produces another head-scratcher. For the first hour things are going well, with a slow-burning story about a power struggle in the Triads gradually building in intensity towards what one assumes is an inevitable climax... but then it all goes a bit surprising, with things not working out at all as tradition would seem to dictate, and the plot moving off in several different directions so you keep thinking the film's about to finish and it's not. When it did reach its end, I was left thinking "hmmm", feeling rather unfulfilled.

The first hour is certainly good though - understated and carried by the performances of a large and respectable cast of actors. The cinematography is quite unusual, leaving the actors faces in shadow for much of the film, often lit from behind or above. To does not feel the need to explain every plot point to the viewer, crediting us with enough intelligence to follow what's going on without stopping for exposition. The characters develop gradually, as do the relationships between them all. I certainly felt like I had a good grasp of what was happening, but events after the 1 hour mark make me question whether I did... characters do not seem to act consistently with the impression I had of them before then. I will have to watch it again and see if it changes my interpretations, but I suspect it's the film and not me.

The film has famously earned a Category III rating, for its inclusion of authentic-seeming Triad ceremonies and hand-signs. It's not clear why To felt the need to include these, except to test the censors and perhaps gain some publicity. It can't be argued that the film "glorifies" the Triad lifestyle - it's a pretty candid look at Triads in the modern world, and the coda explaining the origins of the Triads as patriotic rebels certainly seems at odds with the money-minded gangsters pictured in the film. There is talk of honour and loyalty, and some of the Triads seem to live by this code whilst others see it purely as a commercial enterprise. The film doesn't seem to come down particularly for or against Triads in the end, though there are several scenes that would certainly make me question whether it's a life I'd choose. I think To wanted to present a more honest, accurate picture than the romanticised films like YOUNG AND DANGEROUS or A Better Tomorrow. It must be said that this probably makes the film rather less entertaining though.

ELECTION was rumoured to have been planned as a 3 hour epic, severely shortend to under 100 minutes for its theatrical and dvd release. It's hard to see where another 80 minutes would go - the plot doesn't feel like there are big holes, and no scenes feel underdeveloped or abbreviated (as in Seven Swords, for example). It's also hard to see where things will go for the sequel, which is already in development. Johnnie To can definitely be an enigma when he wants to be!