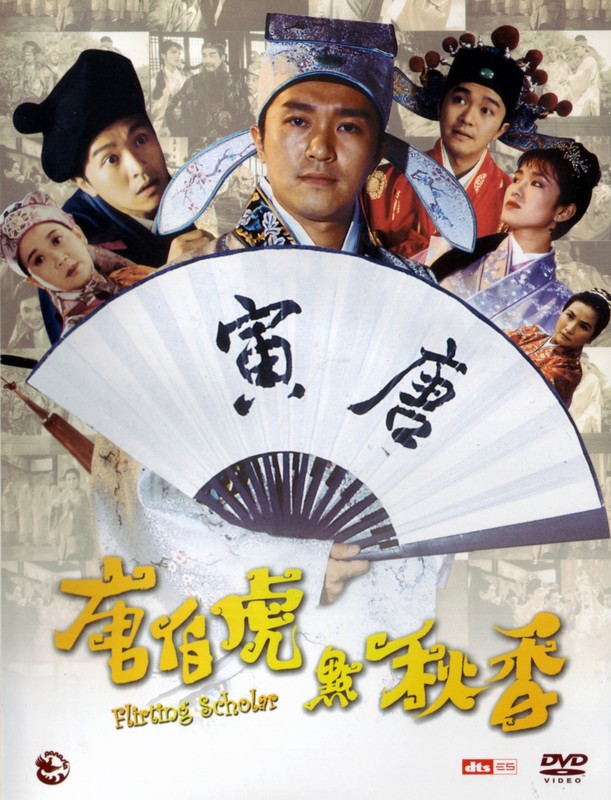 Stephen Chiau has inherited great kung-fu from his father, but his mother made him hide it to protect him from his father's enemies. His is, however, a master painter and poet, which has made him plenty of money and earned him 8 beautiful wives - but this hasn't made him happy. When he sees Gong Li he falls in love (who wouldn't?), and enrols as a servant in the house where she works, so that he can begin the seduction.

An excellent Chiau film with great comedy and some superb wire-based action scenes. The subtitles utterly fail to translate some of the humour (e.g. the poetry battle), but enough makes it through to still be a very entertaining watch.