Hero From Beyond The Boundary Of Time (1993) 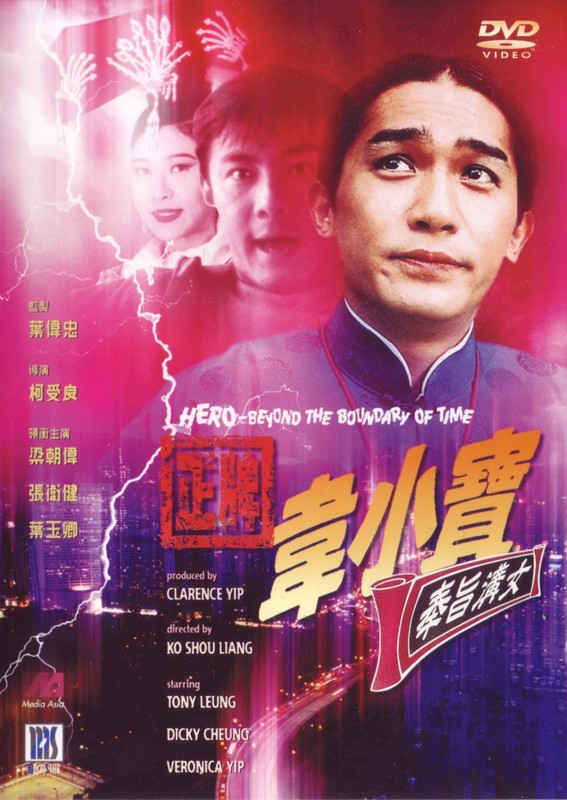 HFBTBOT is a little bit like a Stephen Chiau period comedy married with Yuen Biao's Iceman Cometh and the offensive sex/rape "comedy" of the Lucky Stars films, with Tony Leung Chiu-Wai miscast as the lecherous Wai Siu Bo (the same character played by Chiau Sing-Chi in the ROYAL TRAMP films, I presume).

Wai Siu Bo has to travel 300 years into the future (to the present time) to find a virgin queen to save the life of the emperor. He meets up with psychotic cop Dicky Cheung and the two vaguely try to find the right girl, but devote more effort to getting in the sack with pretty much everyone they come across (including each other at one point) and avoiding some loan sharks.

The film is fast paced and very silly, recalling Chiau Sing-Chi's comedies but without the wit and intelligence - though poor English subtitles may have masked those qualities if they were present.

It's not quite an awful film, but has a somewhat unpleasant taste despite some generally good production values. There's a big wire-fu fight at the end that is pretty spectacular, and is perhaps the main reason to watch the film, Veronica Yip's "assets" aside.