Directed by
7/10 - Better than your average horror movie 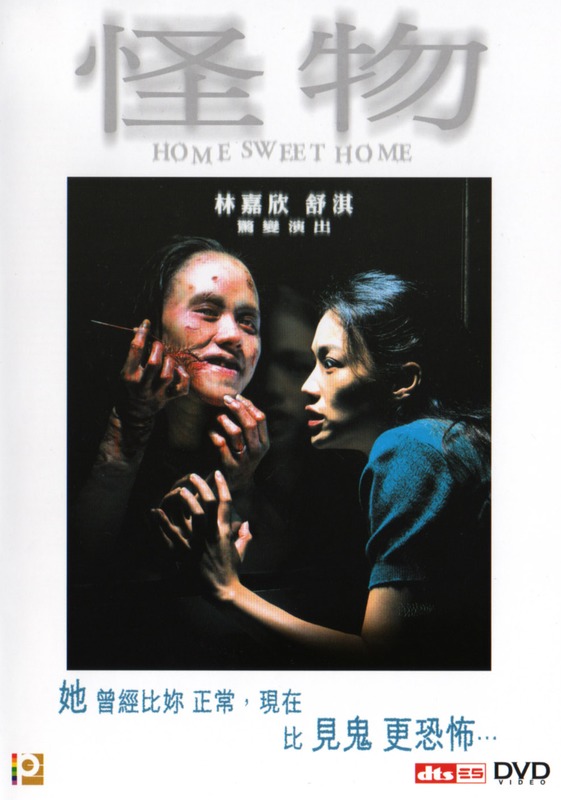 Shu Qi and Alex Fong move into a suspiciously nice apartment, and the door has barely closed behind them before visions of a frightening creature living in the elevator shafts and air ducts begin to haunt them. But, Shu Qi clearly has some psychological issues... maybe it's all in her head? When their son goes missing, that certainly seems to be the first conclusion that the cops come to.

HOME SWEET HOME starts off like so many other post-RING horror movies, and particularly brings to mind DARK WATER and THREE: GOING HOME. Soi Cheang has already proven himself to be smarter than most of his contemporaries, however, and many of the initial impressions the film creates will prove to be quite false. The film certainly falls within the post-RING genre (yes, it's a genre!), but unlike many or most other horror films, delivers a coherent and logical plot... well, mostly.

Shu Qi gives a fine performance - she does seem well suited to this type of role, and once more proves herself to have grown a lot since her early bimbo parts. Karena Lam's performance was a bit too much for me - it was admittedly a difficult role for any actress to fill, but it definitely felt too much like watching somebody act a lot of the time, which is of course the one thing that a good actor/actress must avoid! If anybody in the film deserves an award for their performance, though, it's young Tam Chun-Ho... not least because he was probably so traumatised by this film he'll never be able to work again. I seriously don't think the terror he so convincingly expresses in many scenes was being put on!

Although Home Sweet Home is definitely a cut above the average horror film, it's still somewhat constrained by the genre - which is not one of my favourites. Although credit must be given to Soi Cheang for certainly being the finest Hong Kong director in the genre, I do wish he would be given more work outside it - because I can't see any horror film ever impressing me as much as Love Battlefield did. But, I know the general public likes their horror films (for reasons that shall likely be a mystery to me forever) and at least it means a talented director can still get work in the depressed HK film industry!