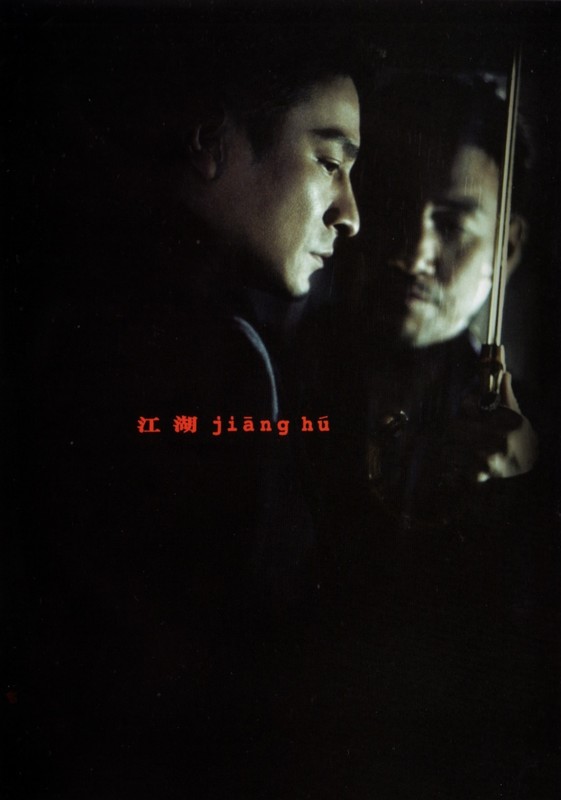 JIANG HU seems to have met with surprisingly negative reviews for a new, very slick all-star gangster movie out of Hong Kong. Not too long ago, most fans were complaining that HK seemed to have stopped making this type of film altogether (and swearing that if they saw another romcom with Sammi Cheng they'd kill someone) - then we get one of the most interesting gangster films for years and everybody bitches. Go figure :p

Anyway, I thought the film was enjoyable, with an above-average focus on character development and buckets of style - maybe too many buckets in fact... it suffers in places from trying to be too clever/cool for its own good (the moving table cam near the end was just ridiculous). There's some awful acting (Chapman To especially), but also a lot to like (Jacky and Andy's performances for instance) and I found it entertaining to watch.

It should be noted that the film apparently ran into some trouble with the censors, and was substantially cut prior to release. There's a bunch of deleted scenes on the 2nd disc in the Mei Ah DVD, but unfortunately without subtitles. There was one particular scene, with Edison Chen and a dog, that isn't listed in the deleted scenes menu. However, if you choose "Play All" and skip to the end, you can see the scene. It's actually very short and I don't think it needed to be cut, and it does significantly hurt the plot development.

In short, if you miss the stylish HK gangster films of yore, check out Jiang Hu. It may not be the best of them (or even one of them) and Wong Ching-Po's misguided efforts to be 'cool' or 'artistic' certainly hurt the film more than they help it, but it's worth a look.