Directed by
Genre
Just about worth watching 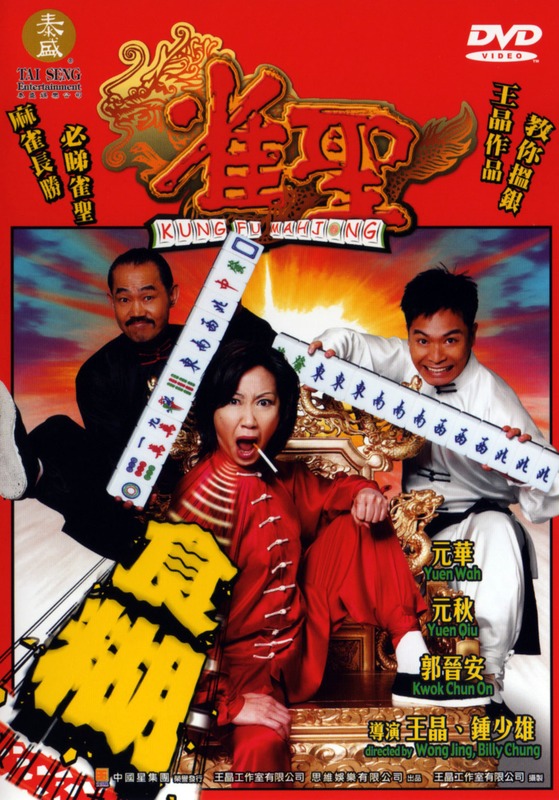 Wong Jing tries to do for Mahjong what Kung Fu Hustle did for kung fu (not hustlers)... but gets bored almost as soon as he starts and churns out yet another gambling film instead, that doesn't so much rehash as regurgitate elements from many or any of his previous 10,000 gambling films. The film feels lazy, and a couple of CG effects can't disguise the lack of time, money and effort spent on it. Wong Jing has made some gems out of cheap cash-ins before, but KFM lacks the sort of deviant glee that might have made tired "homages" seem charming.

It also lacks a charismatic lead actor - Roger Kwok is essentially trying to take on a role that has been filled by Chow Yun-Fat, Stephen Chiau, Andy Lau and Eric Kot previously... and Eric Kot is the only name on the list that Roger Kwok is even fit to wipe the floor with. Yuen Qiu and Yuen Wah seem to be there partly because they are enjoying the renewed popularity that KUNG FU HUSTLE brought them, but mostly because they had nothing better to do at the time. Nice to see them having fun, and they're still charming in a lesser film.

Young cookie Theresa Fu adds some youth & beauty to the cast, but doesn't have much screen time - a shame, as her scenes were amongst the best - whilst Jade Leung adds a more mature and sophisticated beauty, but isn't given a lot to do (despite having more screen time). Iris Wong is saddled with buck teeth and an annoying character for most of the film, so her contribution is probably best forgotten.

It's possible I would have enjoyed KFM more if I had the slightest idea what was going on in the mahjong scenes, but the exposition of the rules of mahjong delivered by Yuen Qiu seems to start from the premise that you know what the hell all those tiles are for and why people keep shouting "pong", at the very least. I haven't the slightest idea, though I could give you the names for a few of the tiles now. How the game is actually played remains a deep mystery, however. In Fat Choi Spirit this lack of knowledge barely mattered, as the film-makers were able to convey the emotional ride of the games through the music, camera, editing etc, so that an ignorant viewer could follow the play without understanding the details. Not so with KUNG FU MAHJONG, whose gambling scenes left me completely cold - I can't say they confused me because the development of events is so utterly unsurprising if you've seen even one of Wong Jing's gambling films before.

The film is just about worth watching because of the old-timers' charms, but it could have been much better if the team had put even a little bit more effort/talent into the writing and direction.