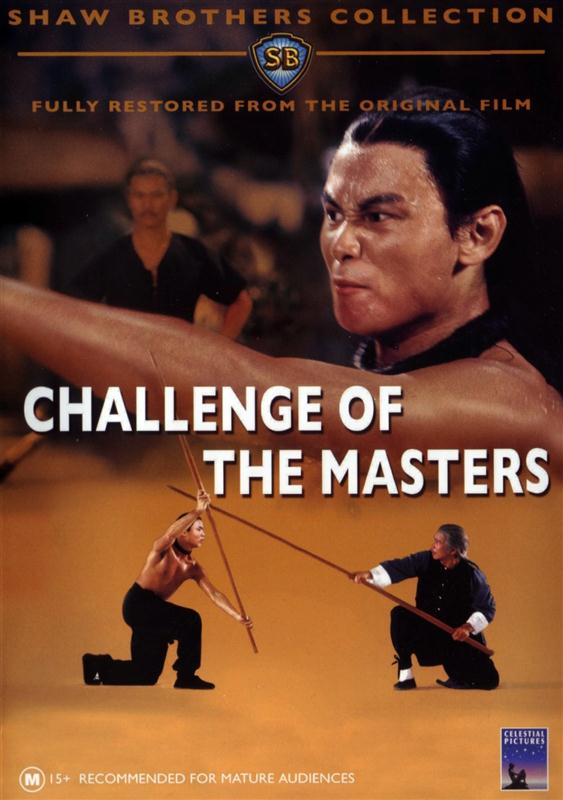 Wong Fei-Hung (Gordon Liu) is a spoiled, hot-headed brat whose father refuses to teach him the family kung fu because of the trouble he will inevitably get into. A visiting friend of the family (Lau Kar-Wing) observes Fei-Hung's natural vitality and concludes that learning kung fu might just be what he needs to tame his wild heart, so he brokers an arrangement where his father's own sifu Lu Ah Tsai (Chen Kuan-Tai) will teach the younger Wong himself.

I think this was the first film to portray a young Wong Fei-Hung? As such, it was obviously a big influence on Drunken Master and Once Upon A Time In China, and through them... pretty much every martial arts film of the past 40 years :p

It's also noteworthy as one of the first films directed by master fight choreographer Lau Kar-Leung, and as an early exploration of some of the themes that would define his work - having much in common with 36th Chamber Of Shaolin for instance.

It's also-also interesting in that it's one of the few films where Lau Kar-Leung has a substantial on-screen role, as does his real life brother Lau Kar-Wing and their adopted brother Gordon Liu - in his first starring role, no less.

So why is it that the film is less well known than many of the other collaborations between director and star, and that DRUNKEN MASTER was able to turn basically the same story into a much bigger hit and propel Jackie Chan to levels of fame and success that Gordon Liu never came close to?

I think that there is an answer to this... but I don't know exactly what it is. Despite all the impressive attributes the film has, it's lacking a certain something - I really don't know what - that means it lands with less impact than Heroes Of The East, for example. It's hard to pinpoint why because there's nothing about the film that's bad, there's just something that's not there which keeps it from achieving the rank of classic that it looks like it should be on paper.

It's not a bad film by any means, and has some scenes that are pure gold such as the phenomenal showdown between Gordon Liu and Lau Kar-Leung, where the director's intimate knowledge of his star's skills and his own allows him to showcase both to great effect.

Definitely an important film, and one that fans of the traditional kung fu genre absolutely need to see, but it's probably not essential for everybody else - though the sequel Martial Club is well worth anybody's time.