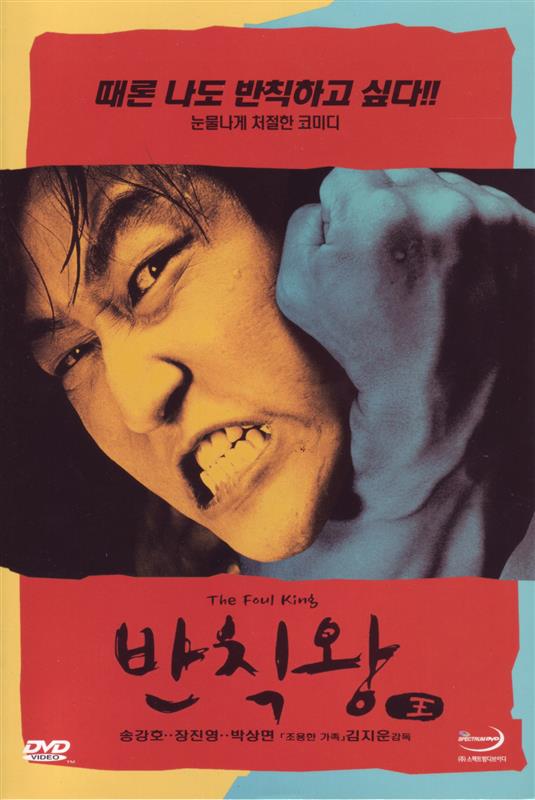 Dae-Ho is one of life's losers, a poor employee and a constant target for abuse from his boss, who likes to assert his dominance by grabbing Dae-Ho in a head lock.

One day he sees an advertisement for a gym run by a former wrestling star and asks the boss to show him a technique for getting out of headlocks. A little later an encounter with some thugs leaves him bruised and bloody, and he returns to the gym and asks to learn more.

As it happens, the boss is in need of a new wrestler to enter the ring against the star pupil of his former partner, with a big cash pay out if he comes through. What they're looking for is a wrestler no other coach will agree to train, one who specialises in dirty tricks - a Foul King.

I have been wondering why this film was called The Foul King for the best part of 20 years - it honestly never occurred to me that it meant foul as in "illegal move" rather than "disgusting or contemptible"... or perhaps it means both.

I'm not sure why I didn't just pop the DVD in and find out, since I've had it for most of those 20 years and everybody said it was a great film... not really a fan of wrestling? It happens. 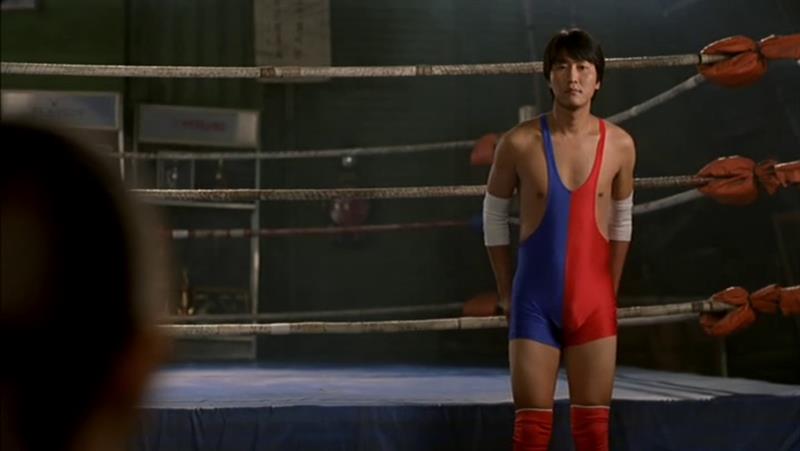 You don't really have to be a fan of wrestling to enjoy THE FOUL KING, as it turns out, you just have to be a fan of Song Kang-Ho ... and that's everybody, isn't it? I can't get over how young he looks in this film, especially having last seen him in PARASITE... he's so cute!

Song Kang-Ho has long since proven himself to be one of South Korea's most dependable stars, but if there had been any doubts about his talent before THE FOUL KING his performance here would surely have quashed them. He throws himself into the role with enthusiasm, taking his character on quite a journey as his training causes him to mature and gain confidence. Song is an expert at making the audience fall for a character who is objectively quite contemptible, portraying them at their best and their worst with equal dedication and charisma.

THE FOUL KING follows a broadly familiar story arc, where training in a sport helps a character develop discipline and responsibility ... but with the sport being performative wrestling and the character specifically aiming to become a famous cheater, it is a pleasantly skewed take on the trope - self-aware and never taking itself too seriously. Whilst Dae-Ho undoubtedly grows as a person, he remains thoroughly flawed.

Song's dedication to the part is also apparent in the training and wrestling scenes, where several super slow-motion shots leave us in no doubt that it's really him pulling off those moves. With the character's trademark mask it would be fairly easy to double him in the fights, but even then I'm not sure they ever do.

Although Song Kang-Ho's performance is the bedrock on which the film rests, the rest of the cast and crew also do fine work. The film is tightly shot and edited, and has the slick production values that South Korea was starting to become famous for around the turn of the millennium. 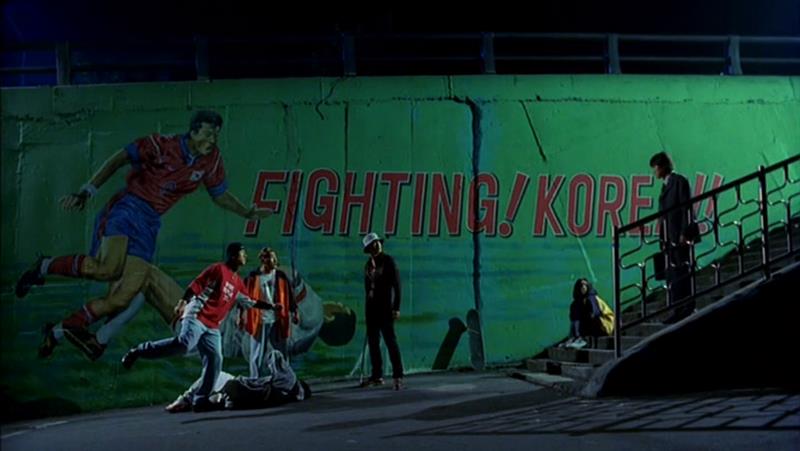 It seems impossible that Kim Jee-Woon could have produced a series of films as diversely brilliant as this, The Quiet Family, A Tale Of Two Sisters and THE GOOD, THE BAD AND THE WEIRD and then pull out a film as contemptible and lacking in redeeming features as I Saw The Devil, so I guess I'll have to watch it again some day to see what I missed.

Glad I finally got around to watching this film, which has to be one of the purchases I've left unwatched for the longest time. Thanks to the peeps on Twitter that encouraged me to give it a go!