Directed by
Strikingly beautiful and poetic 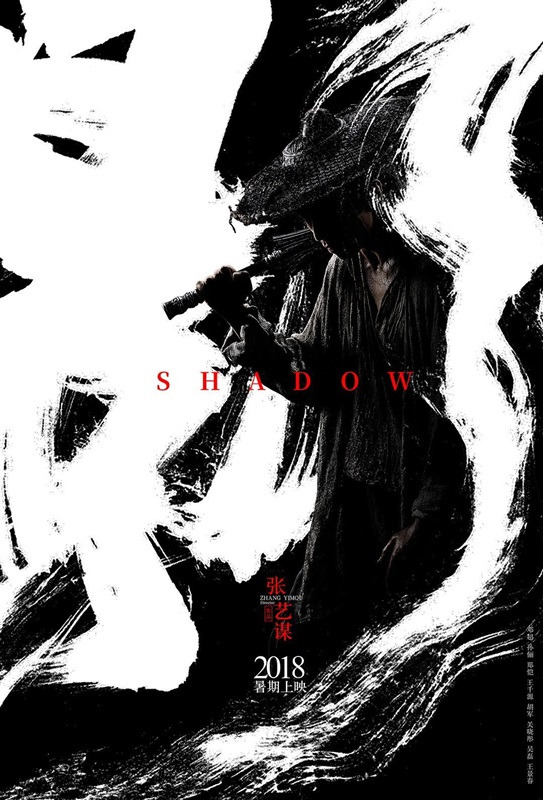 After many years of war the small kingdom of Pei has brokered a treaty with its more powerful neighbour Yang, securing a sort of peace as long as it knows its place. Like many other citizens the Commander of the king's army feels that their subservience and the surrender of the historic Jing City to Yang rule are a humiliation that is hard to accept, but the young king seems more interested in wine and women than regaining their national pride.

It's impossible not to compare Zhang Yimou's SHADOW to his first foray into the wuxia genre, the landmark film Hero, and Zhang seems happy to invite that comparison - though mostly by way of contrast.

Where HERO was noted for its bold use of bright, primary colours, SHADOW is almost entirely monochromatic... not because it's filmed in black & white, but because it is filmed in a black and white world. Characters in black and white costumes inhabit black and white sets, with skin being the only touch of colour in many shots. It is just as visually striking In its own way, and just as beautiful thanks to some exceptional art direction and camera work. It's one of those films where any random frame could be a poster.

The monochromatic colour scheme supports the film's themes of contrast and things that are hidden - in shadows and in the light. Much like HERO there are layers to the narrative, with intrigue and deception woven through the film and many things not being what they might appear to be at first.

Much was made upon HERO's release of Zhang Yimou's apparent kowtowing to Chinese authoritarianism with the film's final act - almost certainly too much, and it would almost certainly be reading too much into SHADOW to see the final act as a response to that - but if you're going to do one you ought to do the other to be consistent.

It seems like it's been a long while since a Zhang Yimou film has had an impact on the level of HERO or House Of Flying Daggers, or even earned the art house cachet of films like To Live and THE ROAD HOME, and it would be reasonable to assume that Zhang's best days were behind him - that would still leave his name on a body of work not many directors can hope to match.

SHADOW proves that it would be premature to write him off though, being the kind of cinematically sophisticated yet still accessible work that only a true master of the medium can produce.

For some reason it doesn't seem to have made many waves, at least in the west, being released direct to streaming in the UK with little fanfare or notice, for instance. I'm not sure why, it seems to me like it had the potential for crossover appeal and mainstream success had it been given enough of a publicity push - it's the sort of film that ought to at least have been nominated for a few Oscars.

I'm just happy to see that Zhang Yimou can still make a Zhang Yimou film when he wants to though.