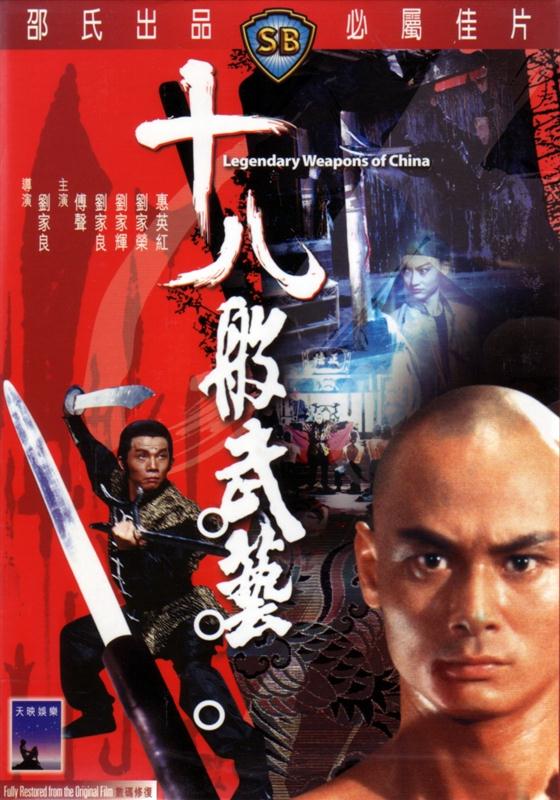 A Shaw Brothers film directed by and featuring Lau Kar-Leung, with Gordon Liu having a small-middling part, and Hsiao Ho and Kara Hui probably getting the most screen time. The plot concerns a cult of mystical kung fu practitioners, possessing special powers such as mind control, voodoo and imperviousness to knives and (allegedly) bullets. One of their branch leaders has apparently dissolved the Canton branch and spoken out against the cult, which is classed as a traitorous act punishable by death. Assassins are despatched.

Not much in the way of a story, but some absolutely incredible action scenes, featuring a wonderful mix of madcap spiritual boxing/magic boxer trickery and secret weapons, and some honest-to goodness physical virtuosity. The finale where the two Lau brothers go at each other with all the 18 titular weapons is... well, virtually unparalleled!