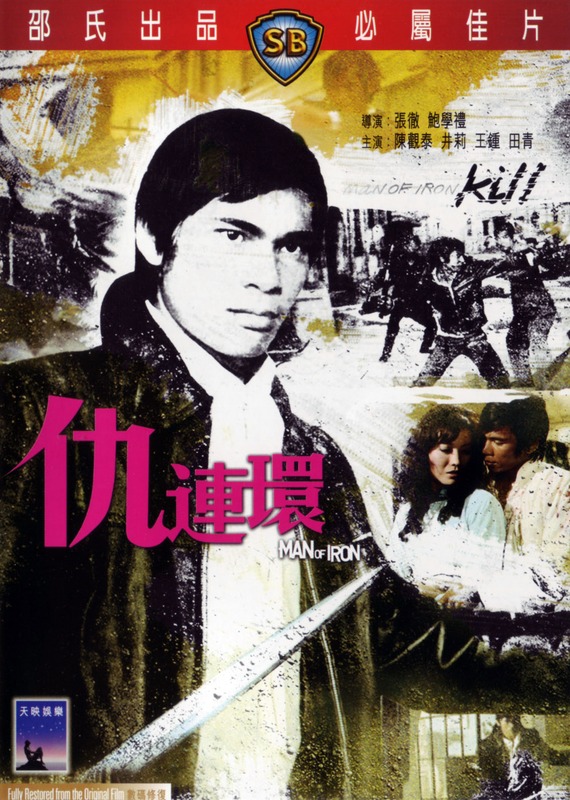 MAN OF IRON is somewhere between a sequel to and a remake of Boxer From Shantung. Basically, 20 years later a similar character goes through a similar set of experiences, whilst looking more than a bit similar to Ma Yung Chen. Well, if it ain't broke and all that!

MAN OF IRON is less of an epic tale, cutting the story down to basics and focussing mostly on showing off Chen Kuan-Tai's charisma and martial artistry. Luckily he has an abundance of both, so the film needs little more than that to be enjoyable. It's well directed and lensed, and features some very good fight scenes (for the time). The story is just different enough to make it not feel too redundant :p

Not particularly original and a quite transparent cash-in on the success of BOXER, but who's to complain when you get another good film out of the deal? :)