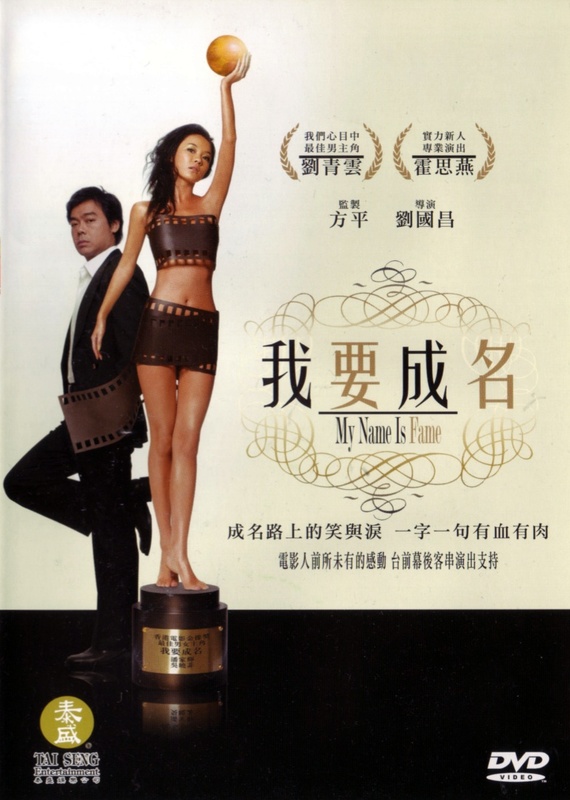 Lau Ching-Wan plays an actor whose outspoken nature and disillusionment have led his career to the point of extinction, who meets an aspiring young actress that worships him and begs him to take her under his wing. He shares his experience with her, and her enthusiasm and dedication rub on off him to mutually beneficial effect.

MY NAME IS FAME is very much a companion piece to Derek Yee's VIVA EROTICA (in which Lau Ching Wan had a great guest appearance as... Derek Yee) - a look at the ups and downs of the HK film industry, with perhaps a more affectionate and optimistic view of it overall. Lau Ching-Wan plays the disillusioned veteran with professionalism, and newcomer Huo Si-Yan gives a stand-out performance as the naive newcomer (despite clearly being dubbed throughout). The film is packed with cameo appearances.

Smartly written and directed, and a great homage to Hong Kong's cinematic heritage.