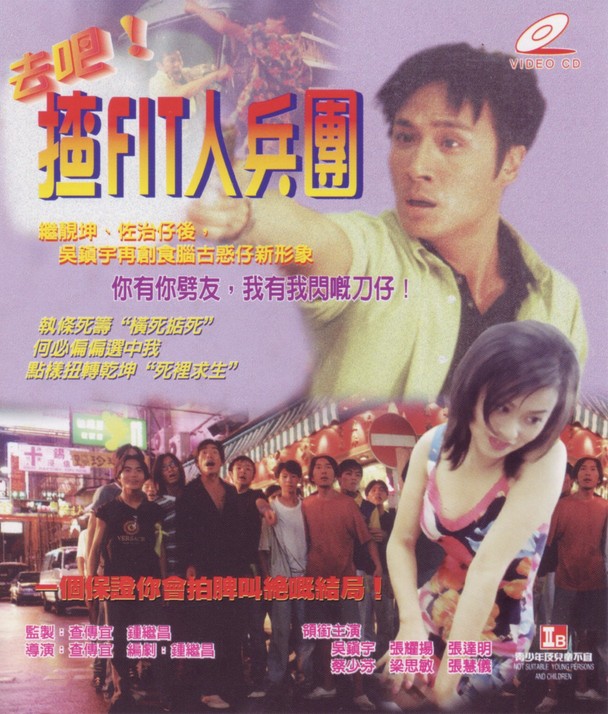 OUATITS2 is the second installment in the thinking man's triad series. The movie is really nothing like YOUNG AND DANGEROUS at all, and anybody who comes to that conclusion has surely missed the point entirely. It's a far more intelligent take on the triad lifestyle, filled with dark humour and subtle parody. Characters are at the forefront of the movie, with Francis Ng a little more central than Cheung Tat-Ming and Roy Cheung but all 3 being unusually well developed and 3-dimensional characters. Francis Ng in particularly is clearly well into the project, giving his all to his character with yet another fantastic performance. Roy Cheung also shows that he has more talent than he usually gets to show, and Cheung Tat-Ming is very likeable in a relatively comedy free role.

OUATITS 1&2 both seem to see their duty as expelling the myth that the triad lifestyle is cool and even honorable. The triads here feel vastly more plausible than the righteous rascals of YOUNG AND DANGEROUS or A Better Tomorrow. This is one production that almost certainly wasn't funded with Triad money.

Naturally, such an intelligent and subtle pair of movies were doomed to relative obscurity, and both are only available on VCD. Perhaps its the lack of star power - Francis Ng and Roy Cheung seem to have more of a following in the west than they do with audiences at home. It remains, none the less, one of the best movies produced in Hong Kong in 1996. Definitely worth seeking out, especially for fans of Francis.