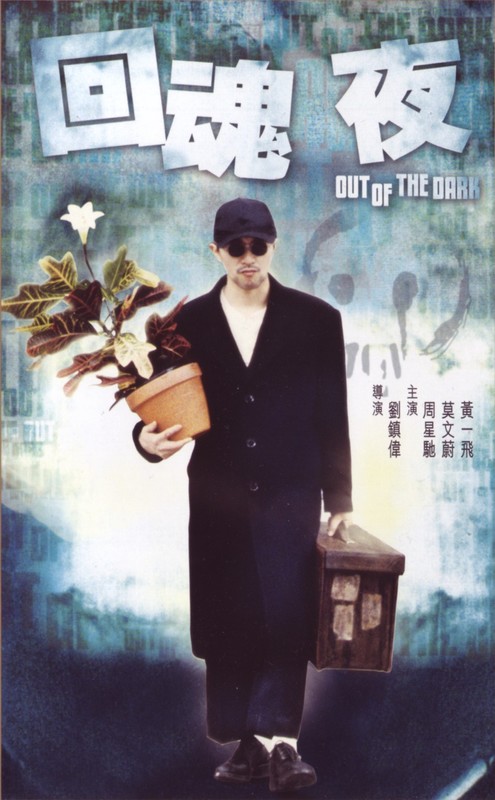 Seems to have a pretty bad rep as Stephen Chiau films go, and I can kind of see why, though I did like the movie. OOTD is a supernatural comedy, where the soul of an old woman comes back to haunt the appartment complex where she lived and died. An unlikely assortment of characters collects on location, and end up being led by Stephen Chiau... an escapee from the local asylum who models himself on Luc Besson's LEON (complete with pot plant) but is more of a ghostbuster type. Karen Mok is one of the residents, and after meeting Leon she ends up dressing up as Natalie Portman for the rest of the movie. Other characters include the inept building security team, the daughter/son/grandson of the old woman and a smack addict always looking for money for a hit.

The comedy on display here is quite unusual for Lau/Chiau - it has quite a cynical, misanthropic angle, and most of the jokes have something of a bitter core. This is most evident in some extreme violence that gets perpetuated, and the characters' utter lack of concern for those it happens to. The violence is all quite comic-book, but has a certain brutality that some might find distasteful. The tone is hence quite dark.

I suspect it is this dark edge that puts most people off the movie, but I think that if you're prepared for it the movie is pretty good anyway. Jeff Lau's creation of a supernatural presence had certainly come along way since Operation Pink Squad II, and it can be quite creepy at times. There's some inventive bits in there, and the whole thing is well made in a low budget way. Quite an unusual entry in Chiau's filmography, but not a terribly bad one. If nothing else, the stylish goatee he wears here is worth seeing :)