Directed by
Genre
Just one of those days 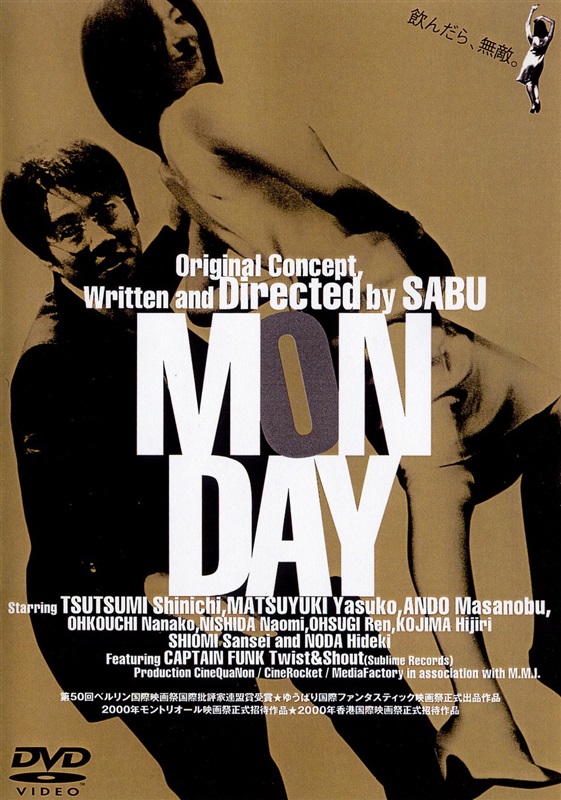 Koichi Takagi wakes up in a hotel room dressed in a suit, with no memory of how he got there. In his pocket he finds a packet of purification salt, which triggers his first recollection of the events of the previous day.

It begins with a funeral for a friend, which isn't going particularly well even before the corpse explodes. He calls his girlfriend and tries to tell her what happened but can't get a word in edgeways, so he goes to a bar and starts drinking... and it's pretty much all downhill from there.

Sabu made a string of films from 1996 to 2003 about an ordinary guy who gets caught up in an extraordinary situation, and who is propelled along by events over which he has little control. MONDAY is definitely part of this series, but it does play with the formula.

Like all of Sabu's films from this era, MONDAY is a dark comedy laced with a touch of the absurd, which goes to places you are unlikely to predict. It's genuinely laugh out loud funny, in a deadpan way that is quite distinctively Japanese ... but be prepared for a sucker punch before the film is over.

Sabu regular Shinichi Tsutsumi plays the lead - evidently Sabu finds him easy to direct, having already cast him as the lead in Postman Blues and Unlucky Monkey before this. His performance is definitely what the film needed, he has the perfect face to portray a timid everyman who is out of his depth, but demonstrates a surprising versatility here as his character gets more drunk, and less passive, as the film progresses.

Out of the supporting cast it's Akira Yamamoto that leaves the strongest impression, playing a gruff Yakuza boss who reveals a surprisingly human side, but Yasuko Matsuyuki makes almost as much of an impression as his mistress, without needing to speak a word.

Actually everybody in the film is great, it's just that most of them aren't in it much. 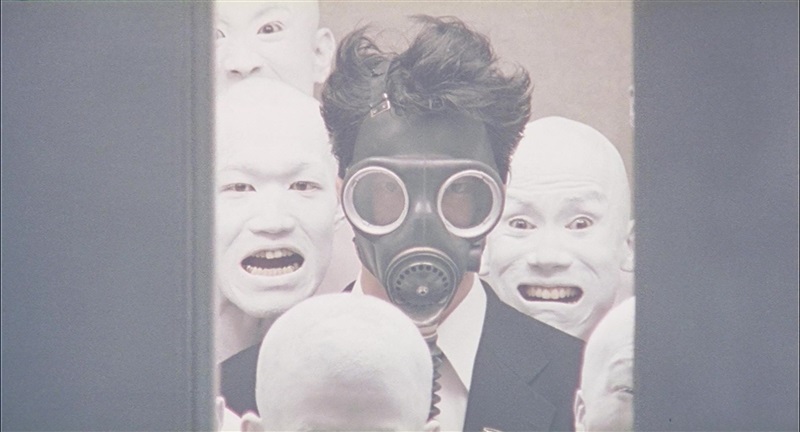 MONDAY takes a turn in its third act that I expect will be divisive, as the film effectively stops being a comedy and gets pretty dark, even quite dramatic. It's a tonal shift that will probably be a turn off for some people, but for me it elevated the film to a different level. It perhaps makes the film less of an easy watch than Sabu's other films, which tend to be quite upbeat (at least until Dead Run).

The stellar performances, sophisticated cinematography and smart soundtrack all make MONDAY a treat to watch, and it's tempting to say that the added depth that comes with its more serious section makes MONDAY Sabu's masterpiece ... but I think that Drive is still the quintessential Sabu film, at least for this stage of his career. The only film of his I've managed to see since 2005 is Miss Zombie, so I have no idea what is representative of the later stages of his career.

It's over 20 years since this film came out and to the best of my knowledge the only official release it's had outside of Japan is a German DVD, which seems like a crime. Sabu was amongst the most interesting of the new wave of directors that transformed Japanese cinema around the turn of the millennium, but for some reason he never got traction overseas when contemporaries like Takashi Miike and Sion Sono did. His films tend to avoid the kind of shocking violence that first got attention for those directors, but I hope that's not all we in the west are looking for in Japanese films.

For English speaking audiences the Third Window Films bluray of his debut film Dangan Runner seems to be the only Sabu film that's widely available today ... though I am heartened to discover that Amazon UK sells a life size cutout of Shinichi Tsutsumi in a suit.

How about it, Third Window Films... do you think the world is ready for more Sabu yet?